Latin America and the South American region produce some of the best sexy dance styles in the world. Here are some of the sexiest dancing styles that you will find in the region, at clubs, parties, carnivals, dance expos and competitions. 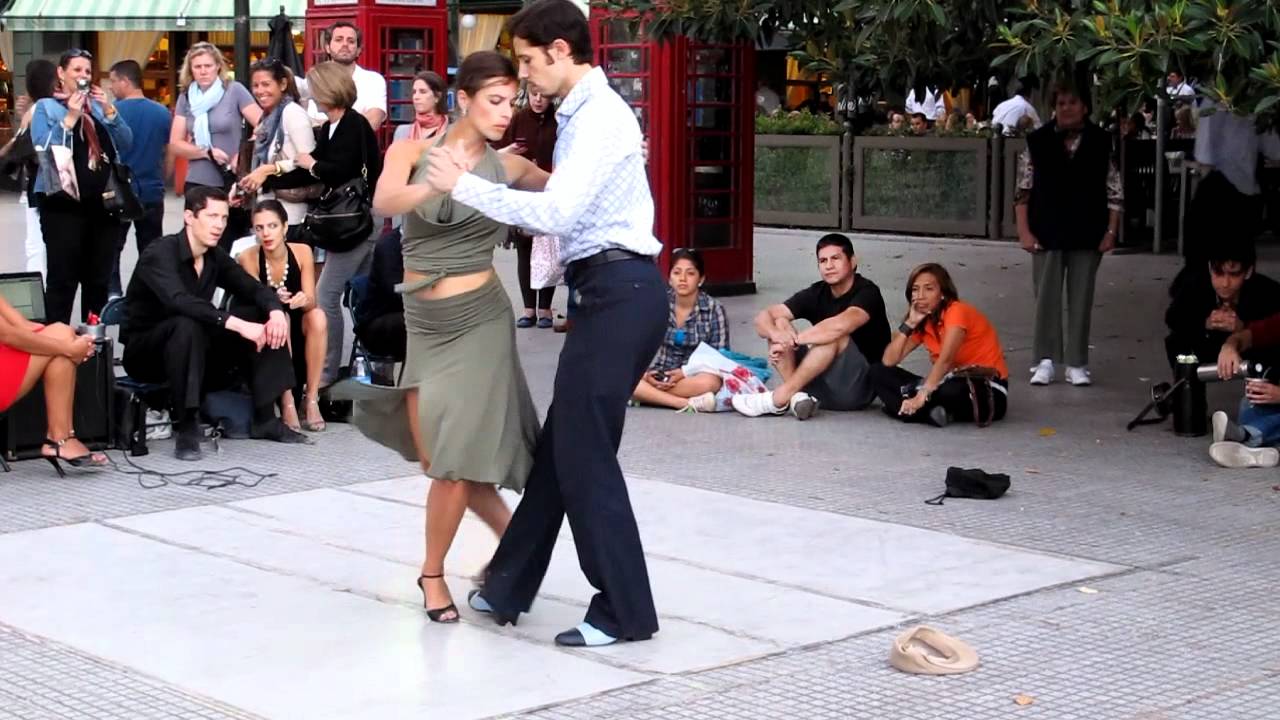 The Tango dance is a romantic and erotic dance for pairs. It is safe to say this graceful dance is a product from Argentina and Uruguay, although the two sides stake their claim to its origin. Like many sensual dances in Latin America, this dance has some African influences mixed with European culture. This is a very old dance style dating back to the 1890s,and as a result, it has had many years to grow and spread all over the world, especially in Europe and USA.There are about 14 styles of Tango that you can dance to, with a latest style called Tango Nuevo that is favored by young people. You will enjoy the Contact Tango that may involve hip to hip brushing or the waist grip that brings your chest closer to your partner’s chest as in passionate kissing. As many guys know, the exciting part of dancing the tango is when his body brushes against the woman’s breasts and thighs, creating a sensual feeling that draws him closer to the woman. Still there is the modest type that allows an embrace at arm’s length without contact of the erogenous zones. 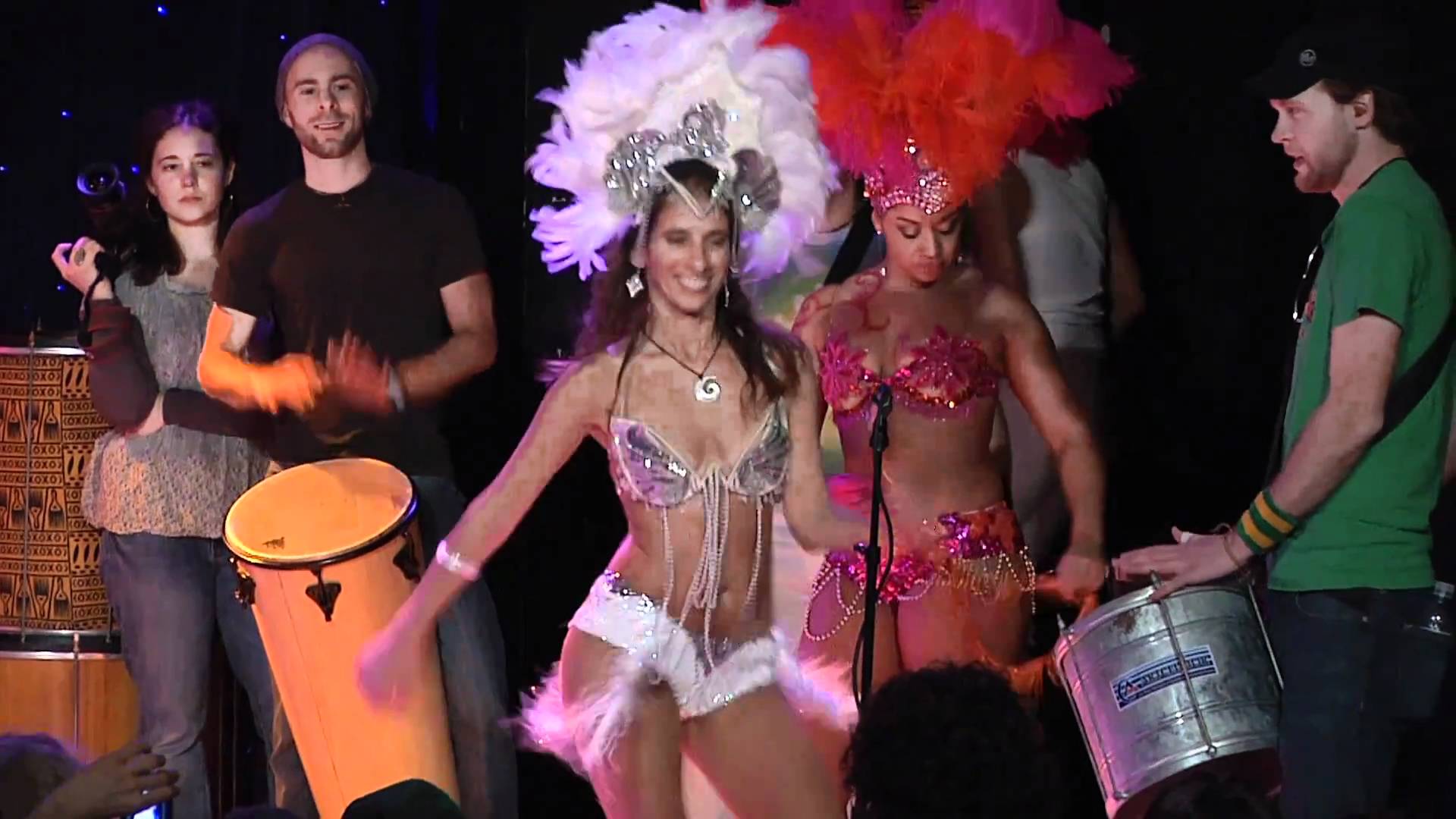 If you have ever been to a Carnival event like Rio, then you will know about the Samba dance that is performed by those gorgeous girls wearing elegant costumes. Samba girls are good looking and sexy, they are the equivalent of the cheerleaders that you would find at an NBA or American Football sporting event. World Cup soccer matches hosted in Brazil are also known to be paraded by Samba girls. It’s nice to watch the attire of these girls and the way they dance from the sidelines. 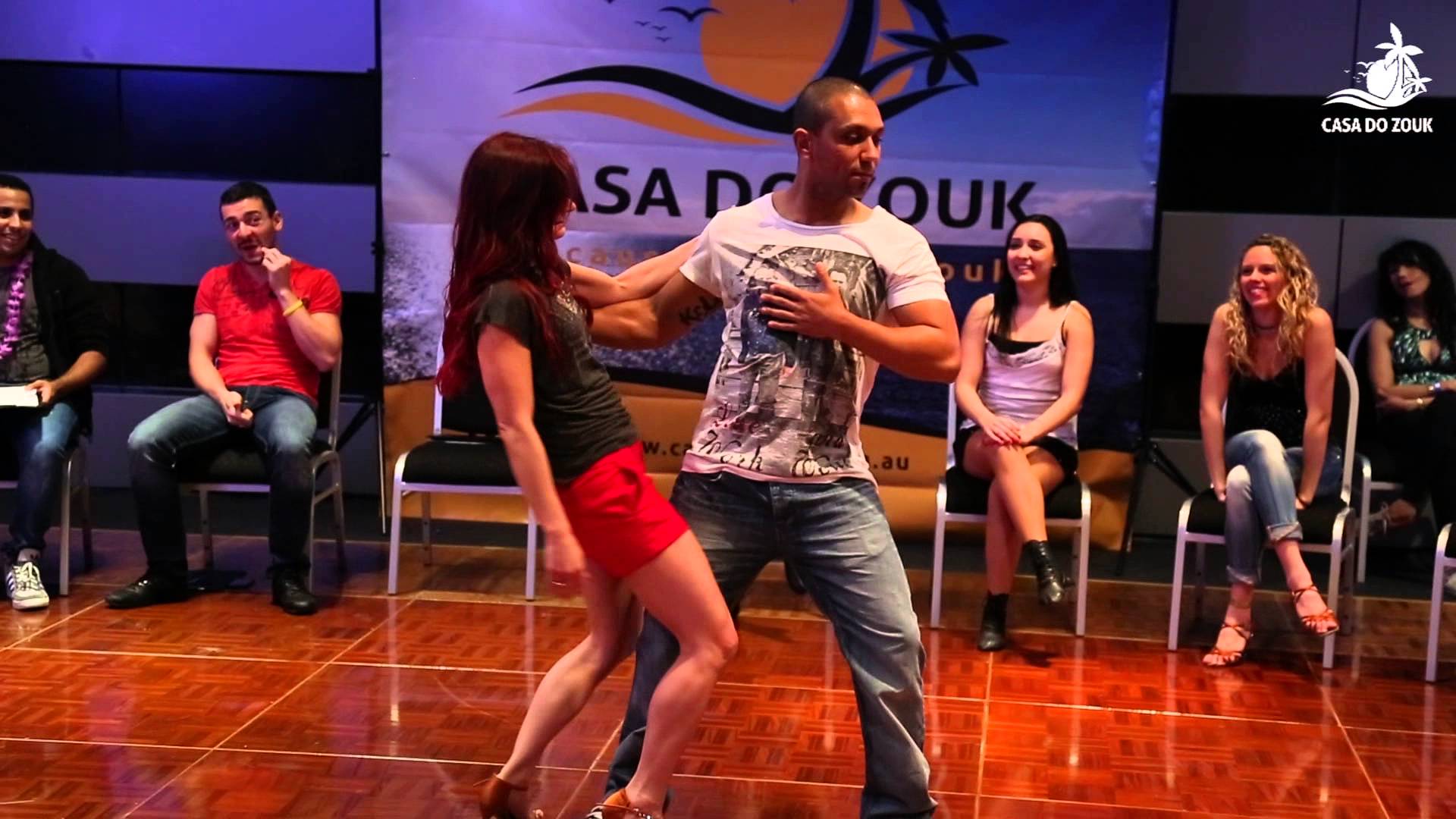 Zouk is an intimate dance for couples. This sexy dance evolved from Lambada, the well known Brazilian dance known as the forbidden dance. There are currently 7 styles of Zouk that have been developed worldwide, which is a testament of its larger following throughout the world. In Brazil, there is the original Zouk which is a slower dance suitable for sensual movements of the body. There is heavy body to body contact as well as hip motion. The faster dance is known as LambadaZouk and in this case, the dancer dips her back, whips her hair and moves her head in sequences known as camber, chicote and cabeca. Slower Zouk is similar to Kizomba, a sexy dance from Angola.Zouk is a sensational dance that will drive you to the world of erotic fantasy. 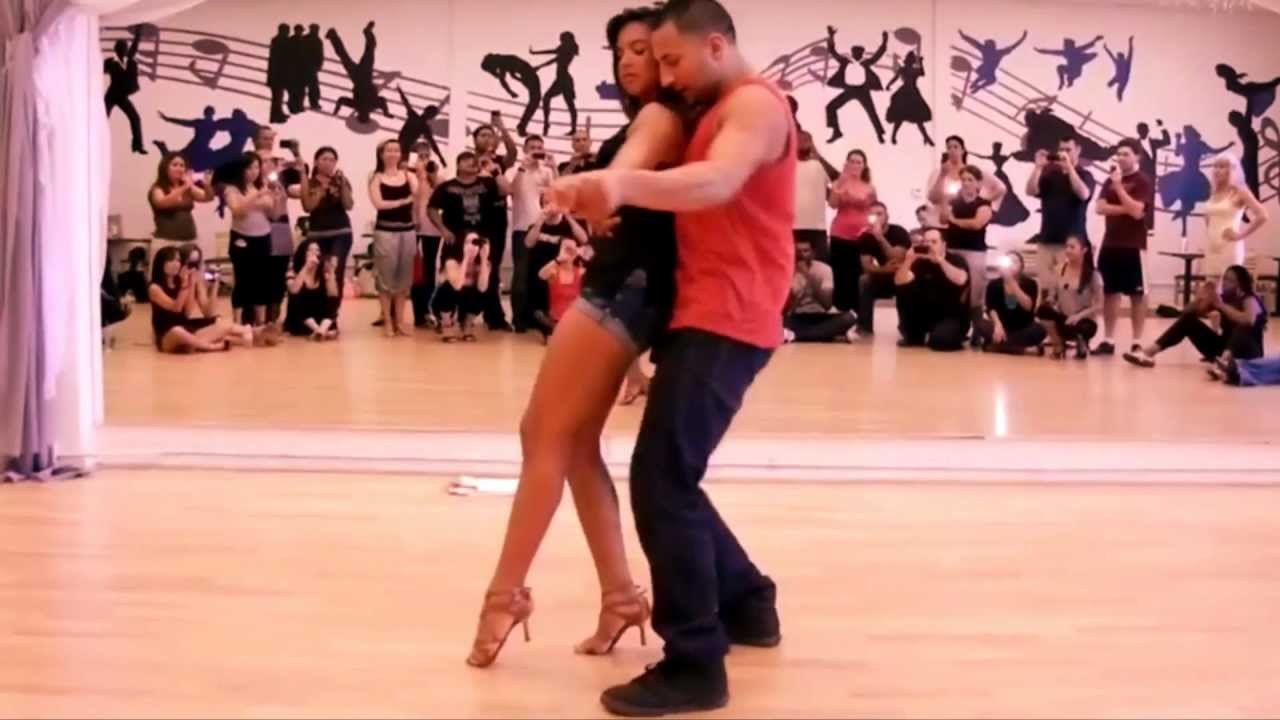 The Lambada dance is mainly derived from Carimbo, a popular sensual Brazilian dance that came to be known as the ‘forbidden dance’ or dirty dancing. The dance also adopts some strong influences from Maxixe and Forro dance styles.

Lambada is suitable for partners. It is an extremely hot and steamy dance that involves a lot of hip movements, sideway moves, a lot of turning and most of the time, the dancer has to bend their legs and spin. A woman dancing to lambada has to wear a very short skirt which swirls around as she spins to the music, making the scene a very revealing and sexy affair.

Movies inspired by the Lambada dance were produced in 1990, one of them called The Forbidden Dance, which further popularized the name that been tagged to the dance for its power to arouse lust. 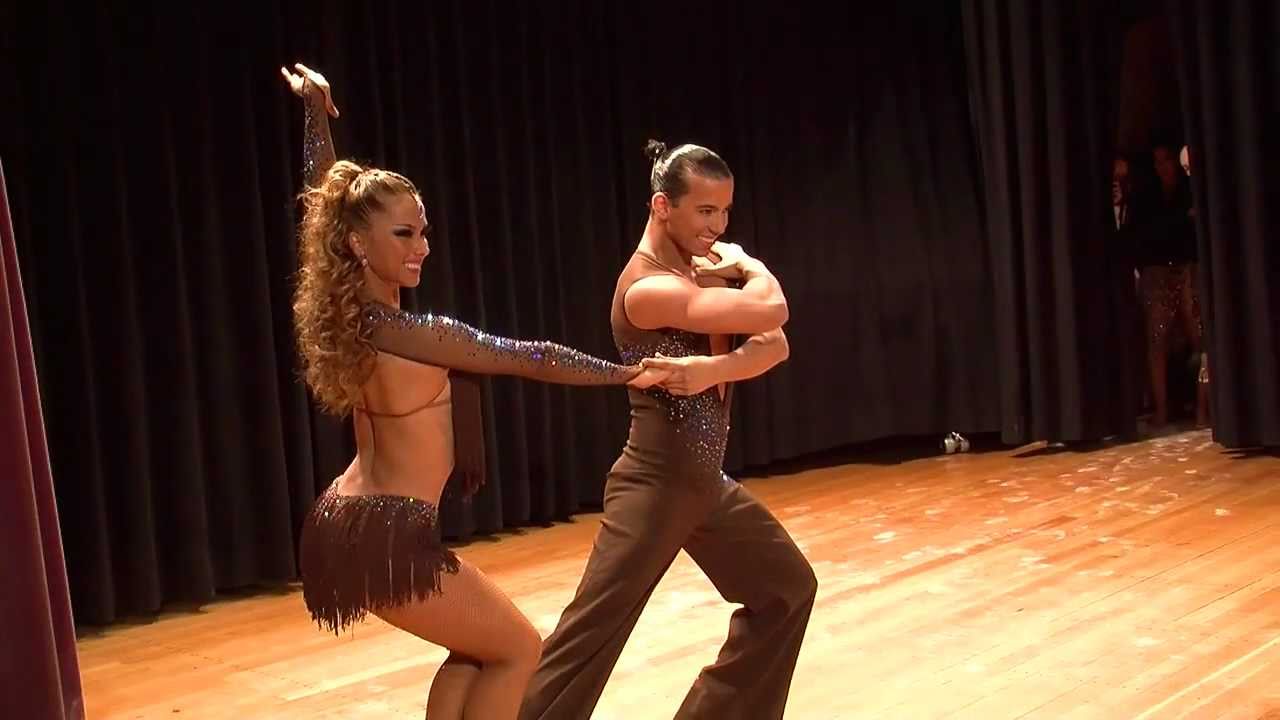 Salsa is a type of dance for partners that originated in Cuba, a development from a mix of European dance and Afro-Cuban Rumba. The dance is closely related to Mambo. As the marriage between African Rumba and Euro dance emerged in Cuba, the same was happening in other Caribbean and Latin American countries like Puerto Rico, Colombia and Dominican Republic. When the early Mexican film industry was at its peak, Salsa originators moved to that country and a while later, they moved to New York with their dance culture.

Before the dance was brought to New York, the word “Salsa” never existed, it was coined by New Yorkers to refer to a wide range of Caribbean/Latin dance styles. As a result, you will find different types of Salsa dance which usually refer to the variation from that location or country. Salsa is a popular romantic dance style with international appeal. World Championships are held each year to select the best Salsa dancing pair. 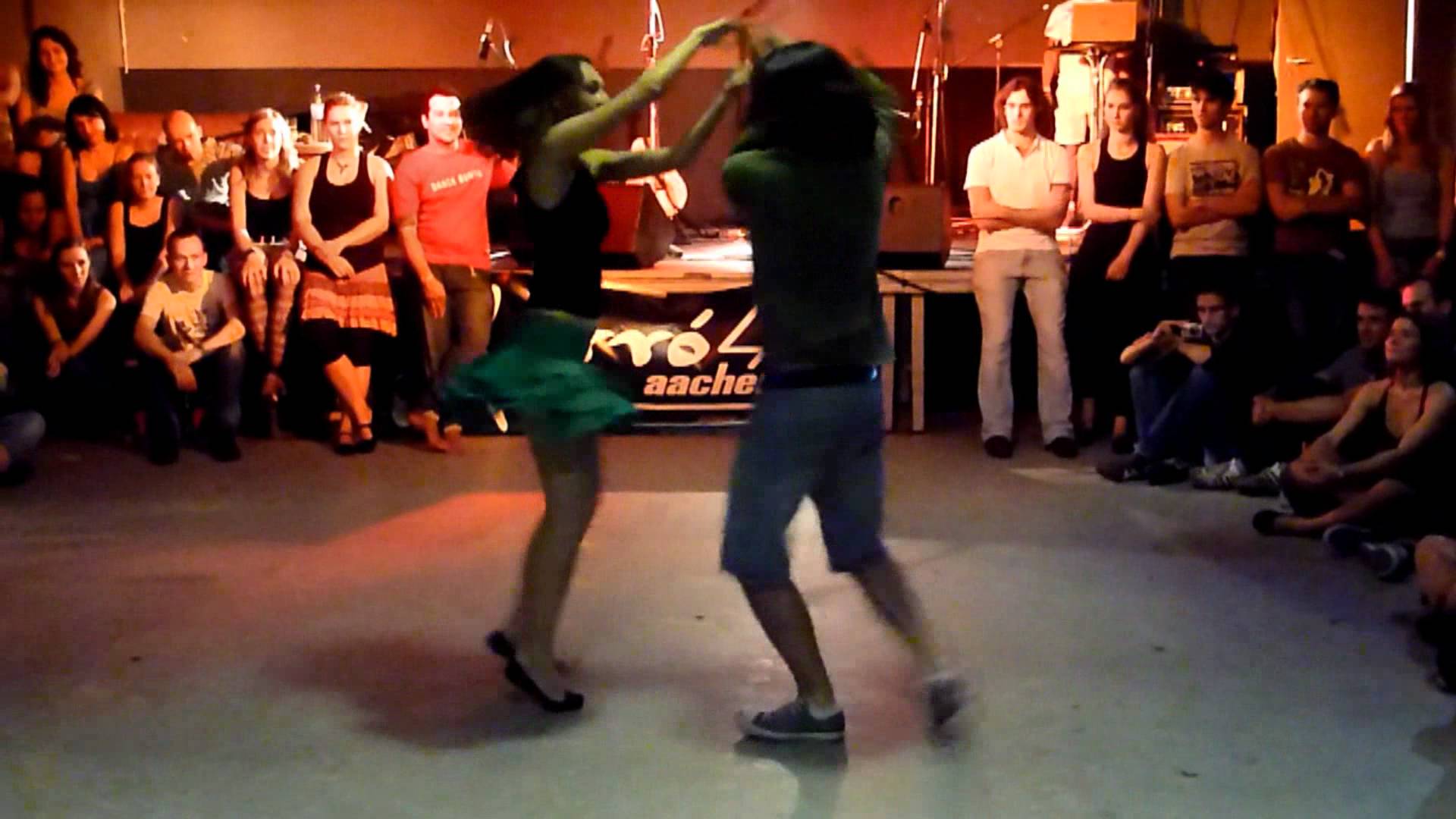 Forro dance is a popular dance in Brazil from the North East that is associated with live parties, pubs and just having fun. It’s a sexy dance for partners that may involve a close or open embrace, with a lot of hip brushing, skip steps and occasionally spinning your partner. If you are in a happy mood, then forro is the right dance to get to the dance floor with your partner. When the band is playing the music, everybody on the dance floor is in a party mood, chanting to the beats and lyrics. There are approximately 13 styles of forro which have been developed across Brazil and Forrofieira is the latest style that is rocking Rio de Janeiro. Along with Samba, Forro is one of the most popular Brazilian dances which have made their way out of Brazil, especially in Europe and the UK. 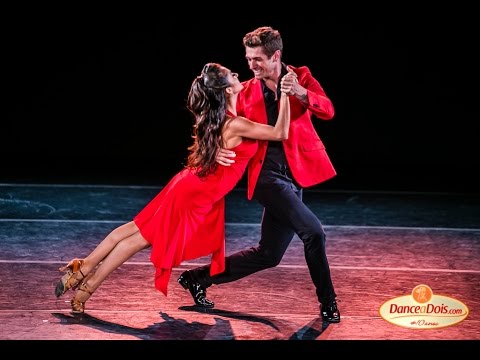 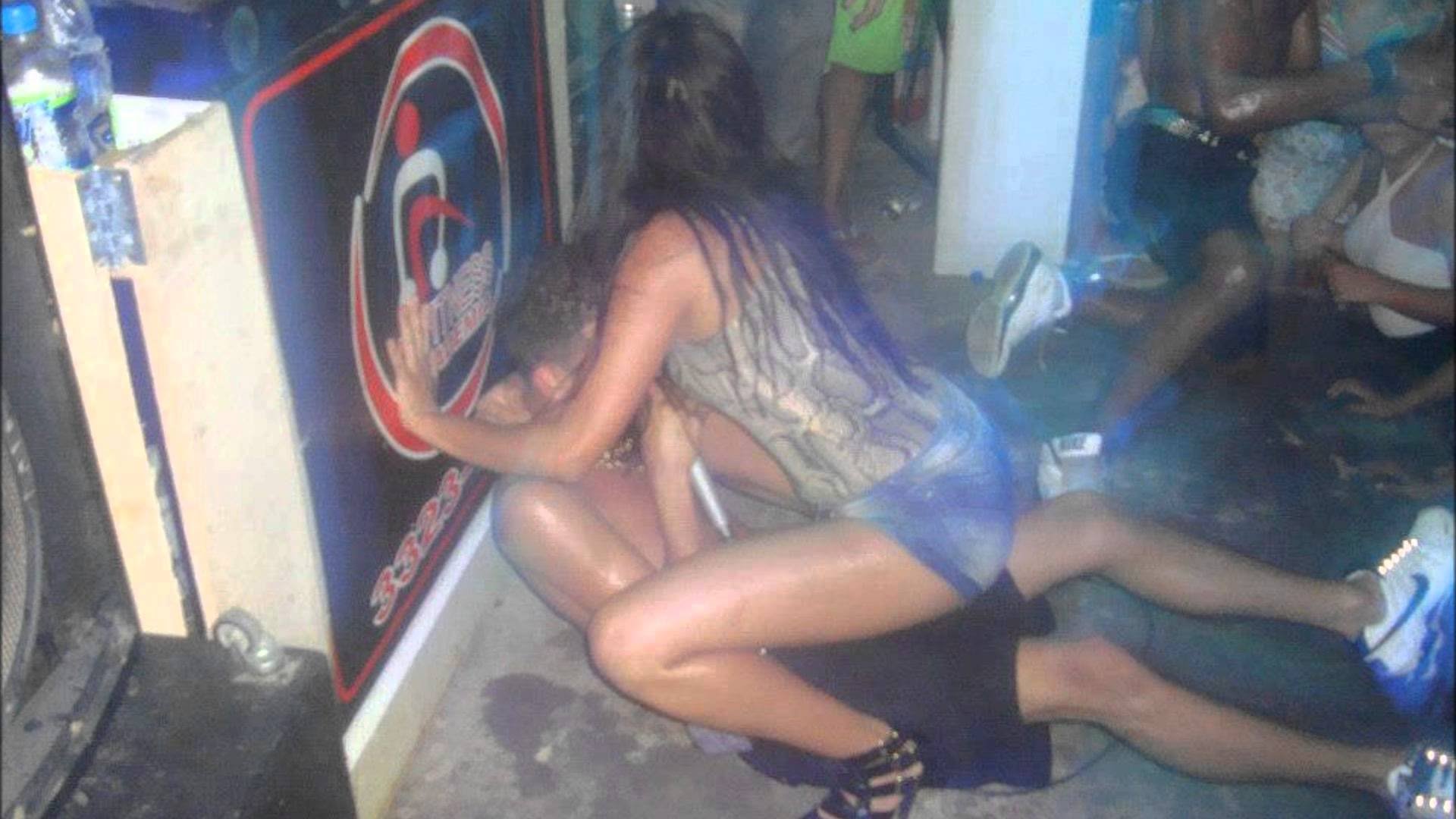 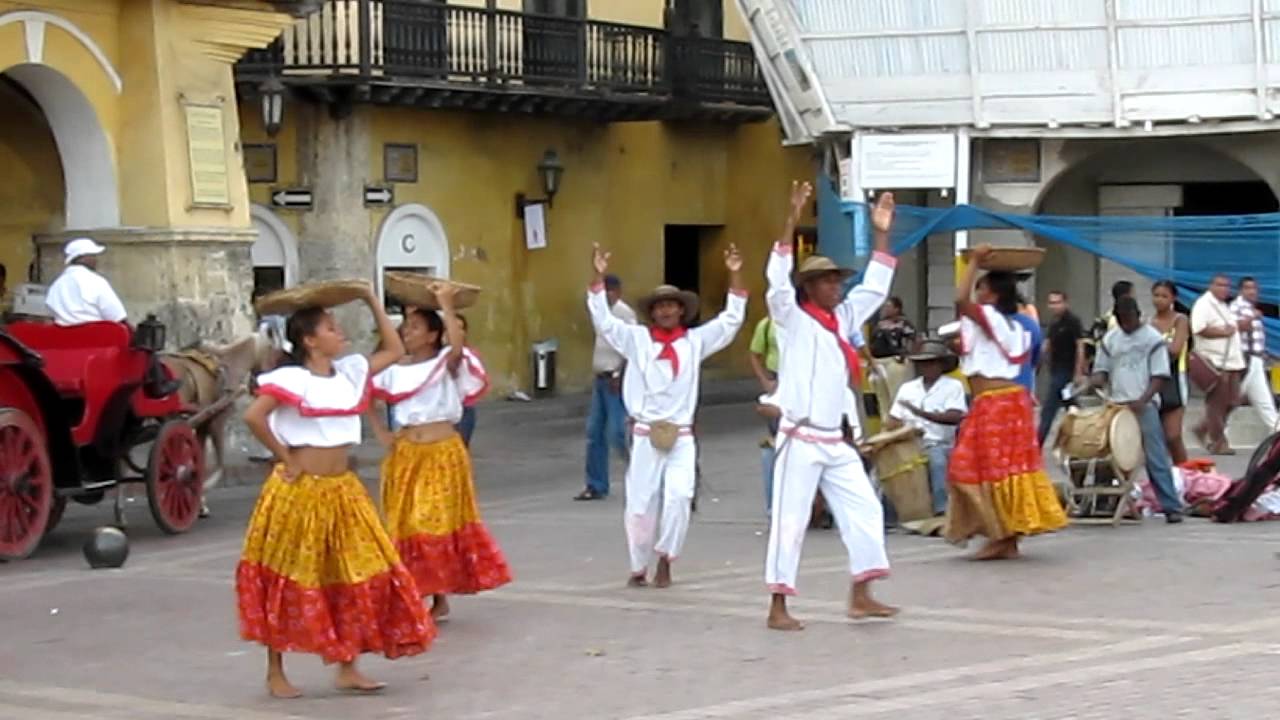 Cumbia is a nice dance that involves pairs of the opposite sex.The dance was imported by African slaves in Colombia and Panama. The original dance was used by Africans as a ritual to court partners. Men and women would mix and dance, with a female leading a male behind her. The modern dance has undergone an evolution, with influences from Native American Indian culture. Other places where the dance is popular include Mexico, Argentina, Chile, Bolivia, El Salvador, Guatemala and Belize. 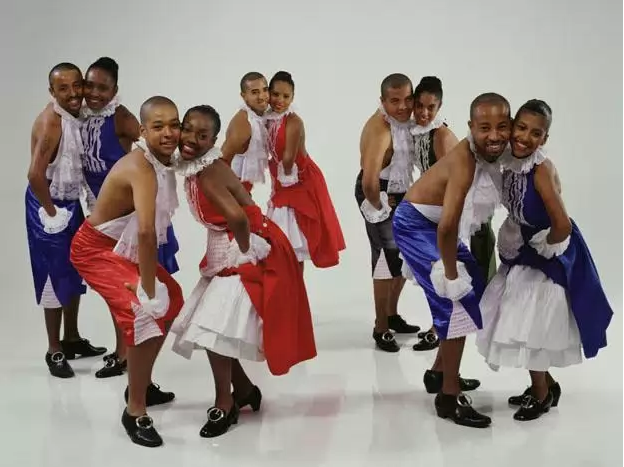 Festejo is a sensual Afro-Peruvian dance that is danced to the beat of a drum (cajon). Pairs or groups of the opposite sex can dance to the rhythm in a social setting or festive occasion. Just like African Baikoko and Arab Malaya dances, solo dancers can also perform the Festejo, and in most cases these are female dancers.Festejo is full of suggestive and teasing body movements that are posed by dancers as they release their inner urges in party mood. The dance has made inroads worldwide in countries like the UK and United States. 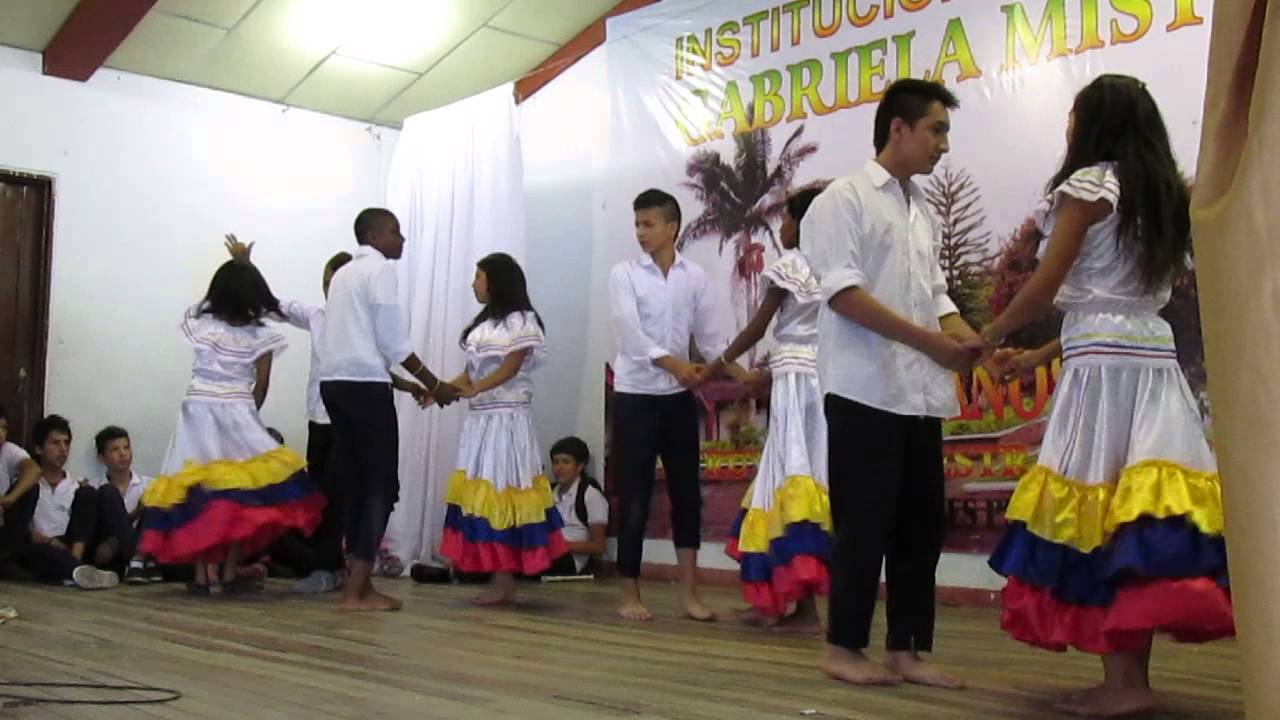 The Joropo dance is a traditional dance of Venezuela that is also widely performed in Colombia. Like most Latin American dances, it has some African roots mixed with European styles. In this case, Joropo incorporates the waltz and the flamenco dance. Dancing the Joropo with your partner is fun and exciting jolly mood occasion. Most of the routine is an open embrace and arms length touching while swinging your legs.