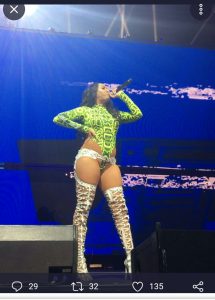 The 2019 CastleLite Unlock Music Festival at The TicketPro Dome in South Africa not only unlocked international stars such as the American Rapper Meek Mill, but it also unlocked Nadia Nakai’s pussy, barely covered by a purpose-made g-string whereby the string runs in front of the pubic area instead of the back. It seems the South African female rapper was not only satisfied with exposing her buttocks, but she also wanted to expose her cookie right in front of a “Lit” crowd that affectionately calls her by the nickname “Bragga”. For the past years of her budding career, Nadia has been lighting up concerts and shows with her controversial hairstyles, hair dyes and outfits but this time she decided to go a step further, daring to reduce as much cover as possible in front of her pubic area. 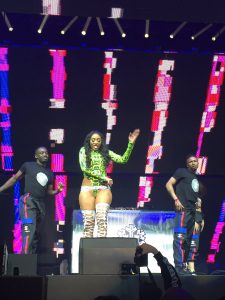 The controversial rapper has been lambasted by fans in the past for “trying to be another Nikki Minaj”. This time she set the South African Twittersphere ablaze with her skimpy outfit that left little to the imagination. Much of the audience on Twitter and News Media was disapproving of her stage outfit with one popular news site writing a disparaging article and headline that says “Nadia Exposes Her Vagina”. However, there was one news outlet that praised her “bravery in embracing her sexuality”. Apparently the publication was advocating for naked rights whereby an era would come when women and men will have the freedom to walk naked in public without being harassed or body shamed. 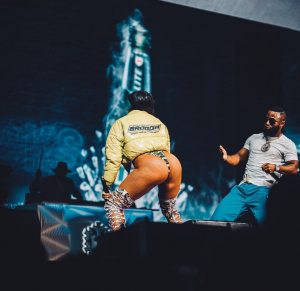 Team Nadia responded to the criticism with some fans saying Beyonce, Cardi-B and Nicki Minaj wear the same skimpy outfits but they are not criticised. This degenerated into an endless back and forth thread with some critics hitting back saying the outfits worn by Beyonce are dignified because they are covering the pubic area while Nadia Nakai’s outfit was just a string that exposed the pussy. Nadia’s supporter-in-chief who is none other than her Record Label boss Cassper Nyovest was apparently fed up by the negative criticism and decided to have his piece of mind known. He chimed in in defense of her artist, saying something along the lines of “Leave the poor girl alone, it’s her body. I don’t care what the haters say, I am proud of Nadia and her album”.

“Why is it that ya’ll always on Nadia’s case about how she dresses? Who are you to tell a woman how to dress? It’s her body. Let the poor girl enjoy her body!!!! This has to stop” R.M. Phoolo [Cassper Nyovest] 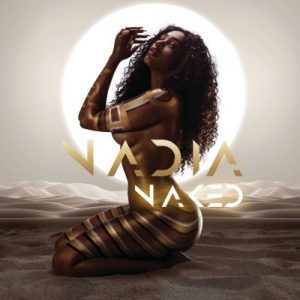 It seems the Family Tree record label has been on a mission to strip naked since Cassper put out a hot and steamy music video featuring an attractive American  model. Soon after the video was released on YouTube, Nadia’s music video “Nadia Naked” was also promoted in the same month, and leaked by fans before she went naked at The TicketPro Dome. 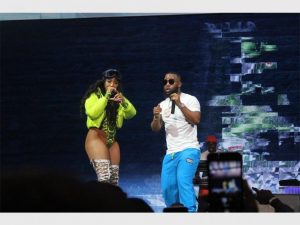 On Twitter, some critics felt Nadia is now “too old” to be still wearing these kind of outfits. Remember, Nadia is the artist who once said “Cassper makes music for old people, I make music for the new generation” causing her boss to take to Twitter to defend himself saying “Kwaito is the future”. In this latest Nadia Nakai’s intentional wardrobe fail or rather strip tease, Cassper came out in full force to defend Nadia yet in the past Nadia didn’t give a rat’s ass about denigrating Cassper’s music style. 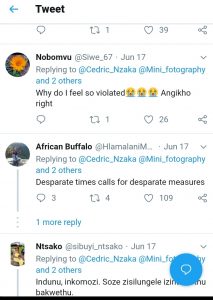 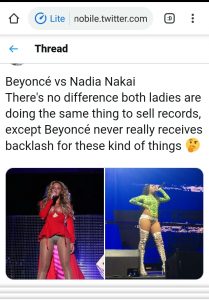 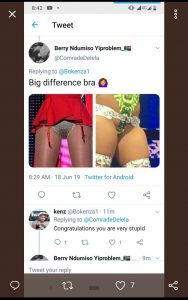 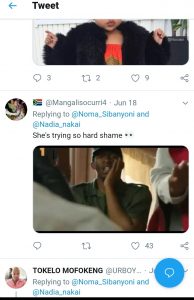 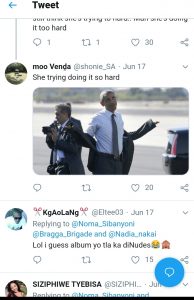 It could have been much better if she had stuck with normal beachwear. People are not used to over-the-top g-strings that leave the buttocks and pubic area bare, crossing the line between artist and club stripper: 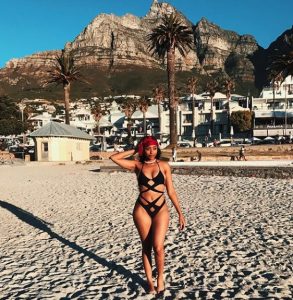