Faith Nketsi Flaunts Her Curvaceous Body After 3 Weeks of Dieting 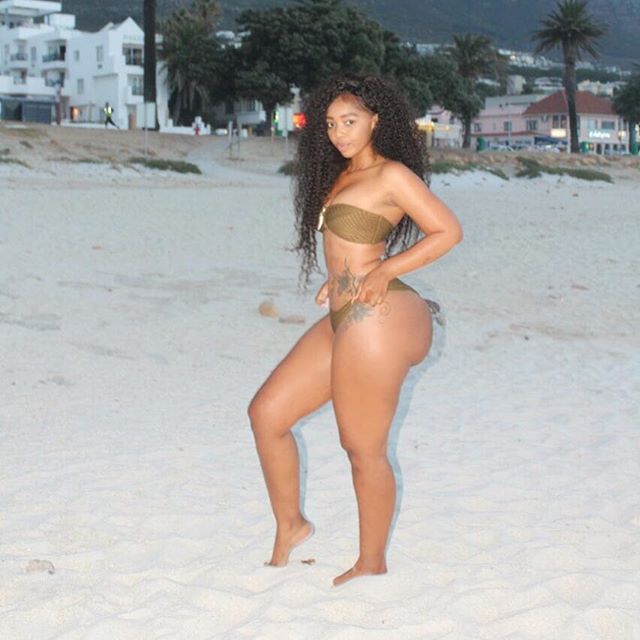 Kim Kholiwe in brown-coloured bikini poses for the camera under the sunset sky at beach.

Kim Kholiwe is a South African socialite, best known for her curvaceous body and being a member of the Pro-twerkers, a group of dancers and show performers who were known for twerking at concerts and club scenes around South Africa. The Protwerkers team consisted of 5 female dancers, including Faith Nketsi, a best friend of Kim’s who is also making waves as a seductive socialite.

A Xhosa beauty from the Western Cape in South Africa, Kim Kholiwe and her team of twerkers had the opportunity of a lifetime back in 2013 where they were one of the opening acts for Kanye West at the Johannesburg’s  Castle Lite concert.

Five years later, Kim’s career includes roles as a model and event host. She has more than 220,000 followers on Instagram, and a personal website on Wix. 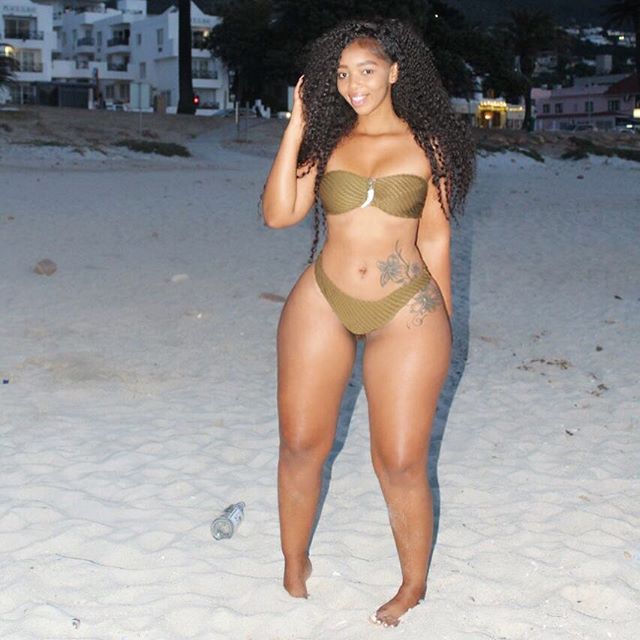 On 5 February 2018, Kim posted pictures of herself in bikini at an unknown beach resort. She took the snapshots at sunset, under a cool picturesque sky. As usual her fans were in awe of her shapely figure with comments like:

I luv you baby 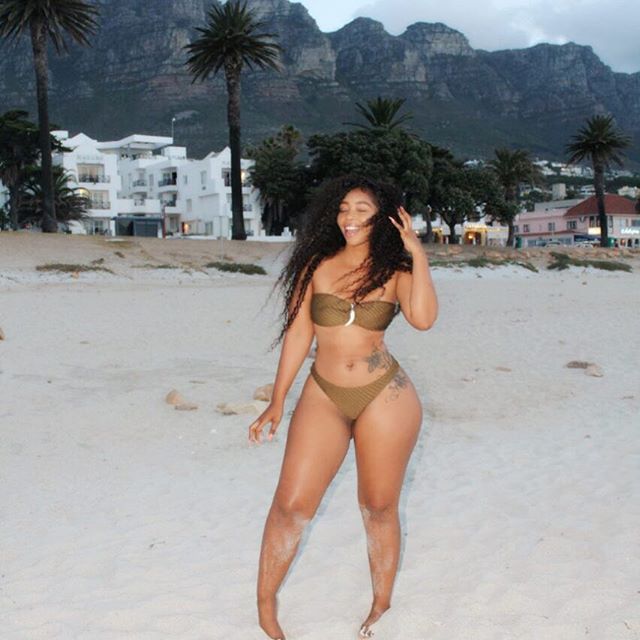 And of course, there will always be somebody who will say their piece of mind:

“I love your beauty but I do not know your loyalty to a man if it can last a thousand years”.

As for the last comment, an observer will tell you that commitment with a socialite will not last a few days if you can’t afford her lifestyle. That’s what socialites are well known for, from Paris Hilton, the founding mother of the world’s socialites to Mzansi’s own Buhle Mkhize and many others.