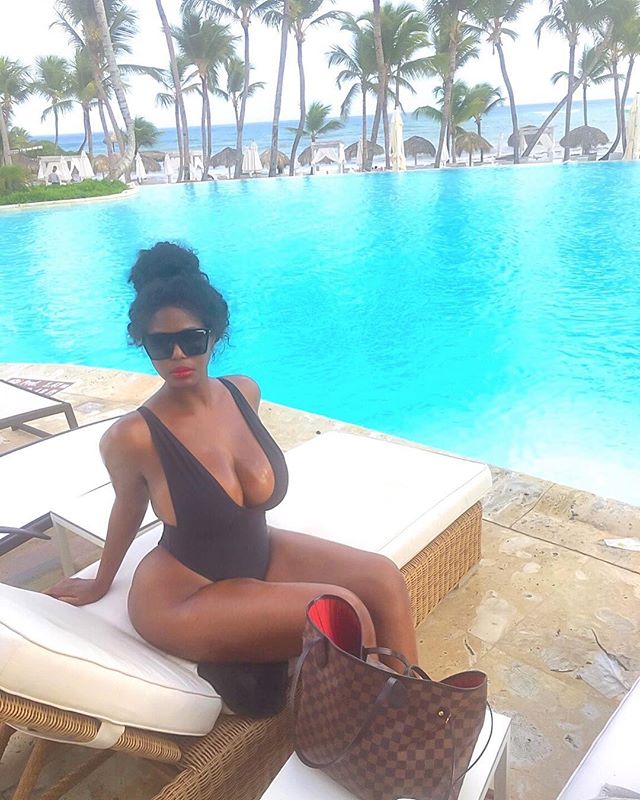 Sexy socialites are now a trend in South Africa. They come in all types of marvellous shapes that a man would kill for. With dozens of boobylicious and bootylicious babes around on Instagram, it’s becoming hard to choose, not to mention the hundreds of wannabes on social media who have more than a thousand friends salivating at juicy selfies. 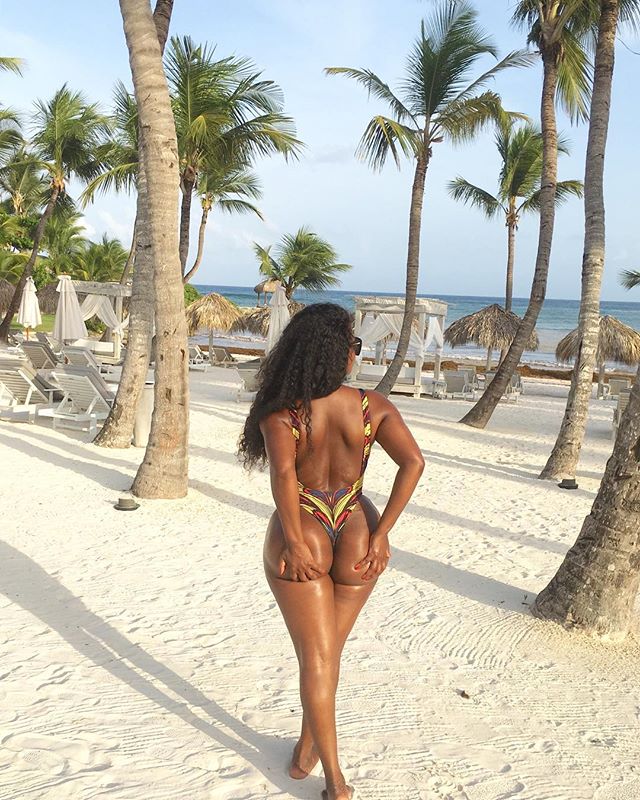 Buhle Mkhize is one of the shapely South African women looking to cash in as a socialite. Her big boobs and perfect brown booty have caused admiration as well as controversy on the internet, because some people don’t really believe that they are natural. Whether real or not, this thick and voluptuous babe is irresistible. Buhle means “beautiful” in the Zulu language. She has been spotted at several exotic vacation beach resorts such as Punta Cana in the Dominican Republic. This self-styled businesswoman is based in the United States, where she runs a boutique, coupled with other occupations such as fashion designer. Buhle has been working overseas since 2001, first settling in the UK for eight years, then later on moving to Manhattan, New York. 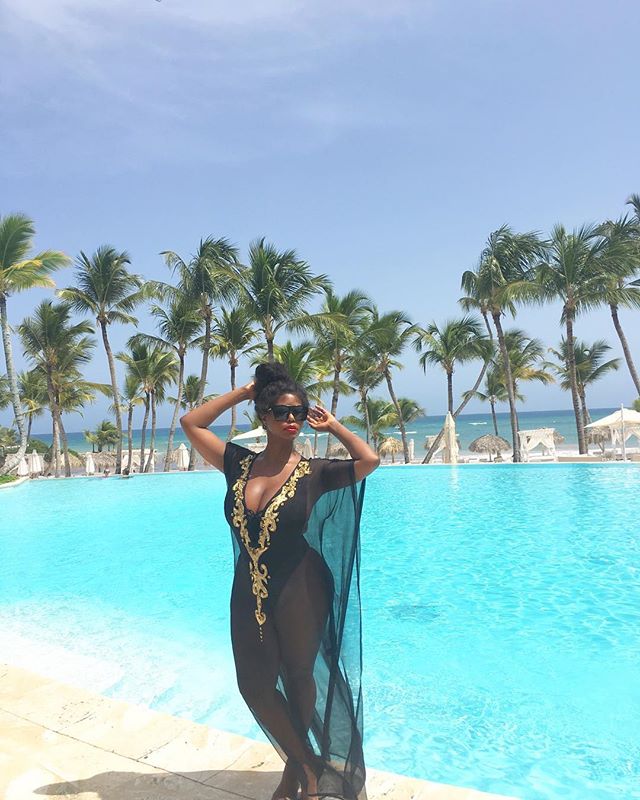 As with most socialites, you can’t be a socialite without being a fashionista. These two go hand in hand, especially if you have a body to kill for. Buhle turned 33 in 2017, but pictures posted on her instagram while on vacation in the Caribbean prove that she still has the assets to compete with younger women.

Apparently, when Buhle arrived at the Palm Beach in a tight thong swallowed between her two round butts, she felt like a threat to women vacationing with their husbands, because in her own words, she said:

“My milkshakes chased everyone and their husbands away from the pool”

Indeed, there was no-one around at the pool except Buhle and of the course, the cameraman. It looked like a quiet deserted place. 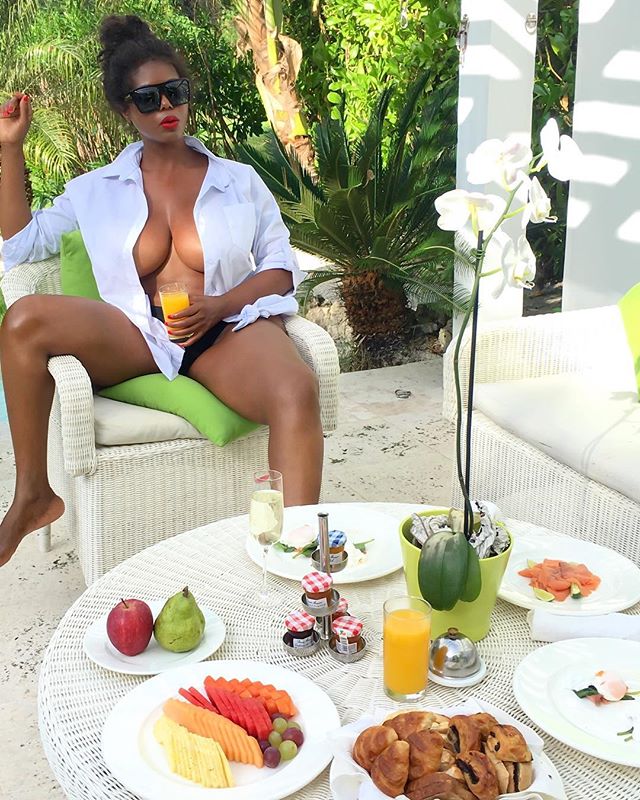 Ladies be warned, whenever Buhle is around at the beach, she will not hesitate to strip down. Apparently, it seems this hot and sexy fashionista has an appetite for other people’s husbands. She was reported to be in an affair with a South African minister, after she spilled the beans on Twitter. But the minister, who is married denied the affair. Now, Buhle is taking swipes at Norma Gigaba, the minister’s wife. This just goes to show that socialites are daring and not afraid of anything. They will shamelessly snatch your husband in front of you. But why is a shapely woman like Buhle not found a keeper by now??