Pretty Russian Girl with Big Boobs – PLUS : Woman Accused of Having Sex with 3 Teenage Boys She Met on Social Media Gets 10 Years in Jail 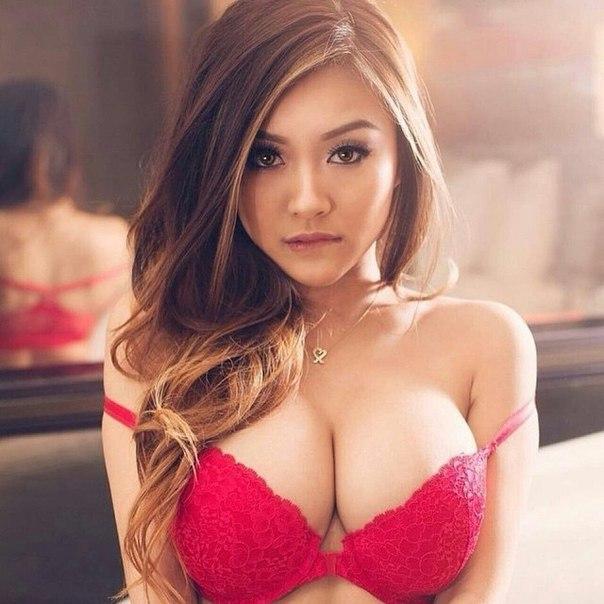 A pretty,cute and seductive Russian / Japanese woman looking hot as she unveils her big boobs

This sexy and seductive Russian girl must be a mix because she has some Japanese features on her face. The result is a hottie with big boobs and pretty face. She is all that you would want in a woman and hey who can deny that she is wearing a lovely red bra.

Maricopa – A 24-year old woman by the name Anna Areola Hernandez from Arizona, USA has received a 10-year jail sentence after she was found guilty of seducing 3 under-aged boys and having sex with them. The woman, who has been accused by the boys’ mothers of being a stalker and child molester, used social media to prey on young boys.

She had social media accounts on Facebook, Tango, SnapChat and Kik where she pretended to be a teenager, going by the name “Tiny Hernandez”. No-one was visibly upset by the sentence she got like the teenagers’ mothers. They felt she deserved a longer sentence for predating on kids.

Anna Hernandez, who has without doubt, been acting like a serial stalker and child molester on social media, would meet up with the teenage boys, then ply their drinks with drugs before having sex with them.

One of the boys has been infected with a sexually transmitted disease after Anna had sex with him. It seems Anna infected the teenager with an STD known as Chlamydia.

The courtroom scene was emotional as the boys’ mothers took turns to lash out at Anna and label her as a serial sex pervert who bullied their kids into having sex with her. The accused cried as the mothers shouted obscenities at her while testifying. One of the mothers could be heard shouting:

Anna has been described by her defense lawyer as a mentally ill adult with a low IQ, who has problems in relating with adult men, thus she turned to kids.

The accused female sex predator has shown remorse and she told the press that she will undergo a behavioral correctional program while serving time in jail.