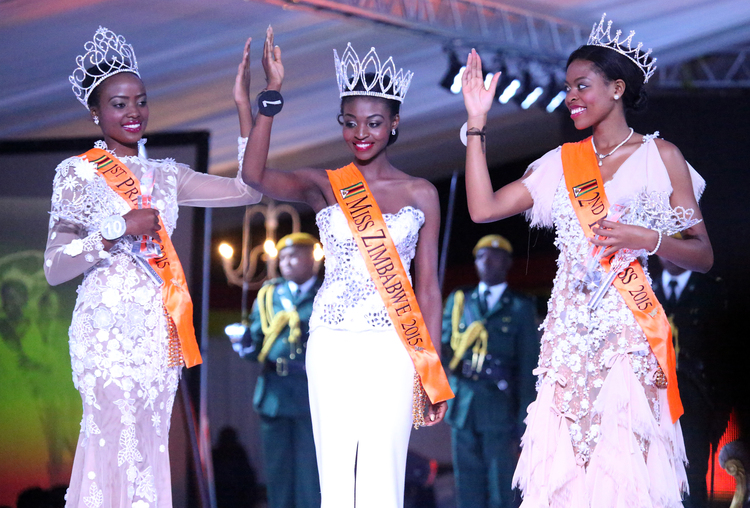 Anne Grace Mutambu [LEFT], the First Princess Replaces Emily Kachote [CENTRE] as Miss Zimbabwe 2015.Emily Was Stripped of Her Crown After Her Nude Photos Were Leaked on Whatsapp

Anne Grace Mutambu who was the 1st runner-up during the Miss Zimbabwe pageant in April has taken the Miss Zimbabwe 2015 Crown from current Queen Emily Kachote, who was stripped of the title after her nude photos were leaked on Whatsapp.

Zimbabwe is among the very few African countries that are contesting for Miss World beauty pageant this year. South Africa has already chosen its 2015 Miss World representative as well as Gabon, a country in West Africa. So all in all, only three African countries have held their national pageants so far.

However, the initial Miss Zimbabwe 2015 who was chosen on 27 April this year has been stripped of her crown after an investigation revealed that she broke the rules that beauty contestants are required to abide with.

The 25-year old Miss Emily Kachote was stripped of her crown after her ex-boyfriend revealed her nude photos on whatsapp.One observer said that it’s not surprising because all beauty pageants have the same rules, among which prohibits participants from posing for nude pictures or being pregnant while partaking in the event.

The young woman’s dream of going to China to hit the ramp with girls from other countries was shattered by her ex-boyfriend who exposed her nude pictures, but as a contestant, Emily Kachote must have been aware of the rules and it is certain that she was briefed about the rules before signing an agreement under oath to take part in the contest.

The Miss Zimbabwe beauty pageant was hit by the same troubles in 2014 when another beauty queen Thabiso Phiri was disqualified and stripped of her crown for posing in nude photos. 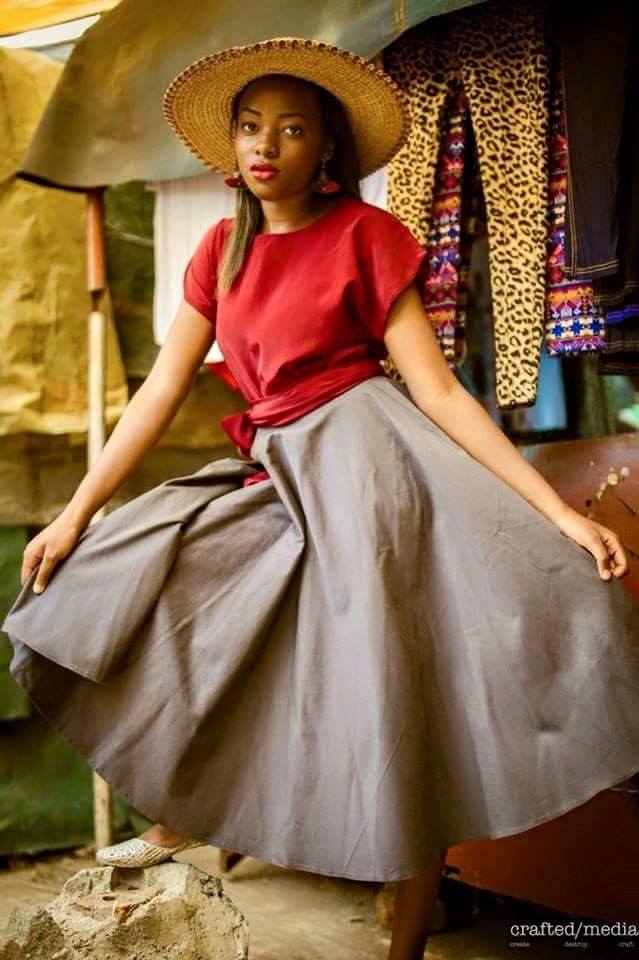 The Miss Zimbabwe organizers have issued a statement confirming that the initial Miss Zimbabwe had her title stripped for breaking the pageant rules after her nude photos which were posted last year went viral on Whatsapp.The organizers said that contestants who plan to enter the pageant must not have a scandalous history that includes engaging in nude photography, sexual misconduct or any type of unprofessional behavior that is deemed immoral.

The Miss Zimbabwe Trust adds that the girls should not have a boyfriend or engage in sexual activities while participating in the pageant. Once a participant is embroiled in controversial activities that violate the rules, she is certain to be disqualified or dethroned.

When the reigning Queen is dethroned, the crown is given to the First Princess. Emily Kachote has surrendered the crown to Anne Grace Mutambu who was the First Princess. It seems a lot of Zimbabweans on social media were not satisfied with the initial choice, with negative reviews of Emily Kachote spilling everywhere, but it seems there are a lot of positive reviews for Anne Grace who seems to be a crowd favorite.

Emily Kachote might have lost a chance to represent Zimbabwe on the grand stage, but there is no doubt that she is a pretty lady with brains. The lady is a Financial Advisor with a Degree in Psychology. She admits that her nude pictures were posted on Whatsapp last year, and that it’s been over a year since she was in contact with her ex-boyfriend .All along, she thought that the pictures might surface, and praying for them to disappear.

The 2015 Miss World event will be held in the city of Sanya in China at the end of this year.