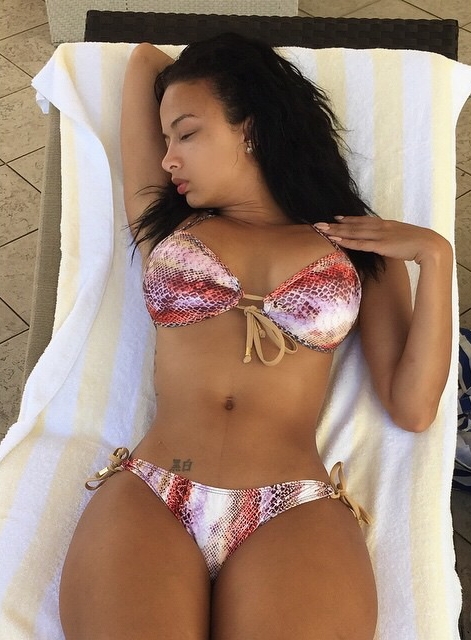 The face of this light-skinned American woman might look familiar to some people who like watching soap operas and TV shows. She looks sexy and shapely while lying on that outdoor couch. You can clearly see the perfect hourglass shape that is loved by most guys and women. She has a perfect slim body, just average, a flat stomach and nice skin tone. This attractive woman is wearing a fancy patterned side-tie bikini and matching bra.

It looks like having sex in a car is not a smart thing to do if you don’t want to be caught by strangers. A viral video which was circulated on the internet shows two men taking a video of a couple busy having sex in a car. The incidence happened in a nature park in Dartmoor in Devon, UK.

After spotting a Ford KA parked in a grassy field, the two men decided to go and investigate. They were hold video cameras to capture the find. As they approached the car, one of the guys is seen taking a video at the back seat of the car. The rear window of the car was a bit foggy, a sign of sweaty human activity going on inside. The man goes to the side of the car and takes a video through the side window. He starts to laugh while taking pictures with his camera. His friend is also taking pictures while approaching the car, and he happens to take a photo of his friend as well.

The couple inside the car are obviously disturbed by the laughter and quick movements can be seen in the back seat.