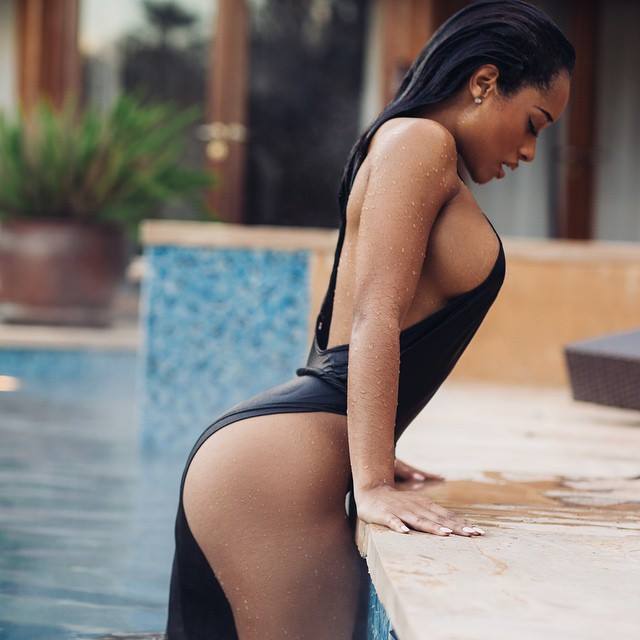 A shapely and sexy black girl with nice brown tan

A sexy black woman soaked in water emerges from the swimming pool in James Bond girl style, her black side slit maxi dress is soaked wet, and yeah those shapely thighs and side view of boobs is just marvelous.

So after a week of chatting back and forth on a mobile phone, Pamela and David were still strangers who hadn’t met in real life. Pamela enjoyed texting on her phone, while lying in her bedroom. This was her way of relaxing and passing time, especially if she was bored.

She was just a college girl, but she hated college. Like other girls of her age, she thought adult life was attractive because of the independence that you get from not having to deal with your parents, you know being told what to do, and all those boring household chores.

Her mother was a nanny and her father was a policeman. They seemed not to care what their daughters did, where they went or whom they are seeing.

Pamela was only 18, and she was quite curious about guys. She never understood why guys acted the way they did. With multiple contacts on her phone, most of whom were male, David was the third guy on her dating list. She called it dating but it really wasn’t dating, it was some kind of experimenting.

David had broken up with her girlfriend last year. The first he spoke to Pamela, he was attracted to her voice. Pamela liked the fact that David was not quick to ask for a meeting like other guys. As weeks passed by, Pamela got emotionally attached to him. He was not like other guys, he was patient, cool and understanding. She started to tell him about her relationship problems. How other guys are treating her and so on.

David was confused but he knew that the girl was testing him. If the stories of other guys might were true or not, he decided not to care. He knew that he had fallen in the friendship zone with the girl but he also knew that he can change it at any time. Such was his confidence.

When Pamela brought up some stories, David advised her to stay away from bad guys who didn’t treat her well. After a few weeks of chatting, David finally asked to meet her, he knew the girl was going to give a few excuses before finally agreeing to come.

Pamela didn’t come, she was expecting David to insist or get angry but it seems he was not the type. They kept chatting like nothing happened for about one week. Pamela began to wonder why David never showed determination to meet her. Was he playing games or just being arrogant?

One late Monday morning, Pamela took a taxi to David’s place and send a text message to let him know that he was coming. David couldn’t believe this, so he just said “oh really, let me know when you are there because this sounds like a joke. Just assure me that I won’t be walking for nothing to meet a ghost because I have a lot of things to do”.

“I am at the Post Office now, come and see me” Pamela said on her mobile phone.

“What are you wearing” David asked

“A black skirt, the girl with long hair” Pamela answered