As Noncebo sat on a bar stool with her legs crossed, the DJ swore she had never seen such beautiful thighs on a girl 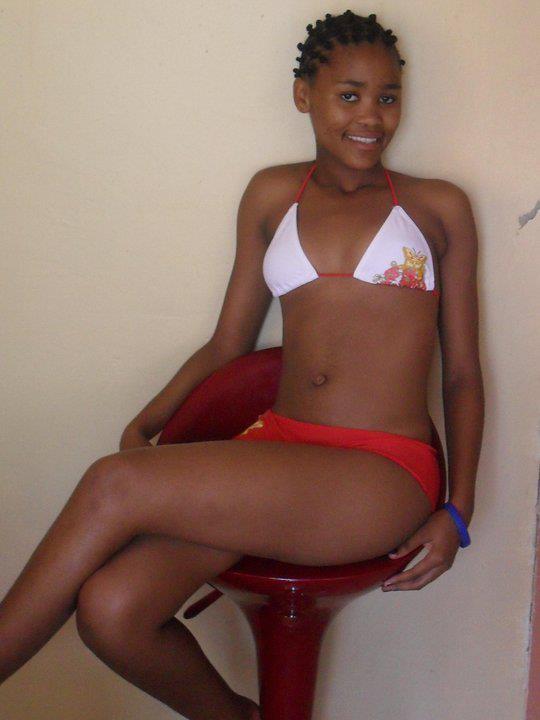 As Noncebo sat on a bar stool with her legs crossed, the DJ swore she had never seen such beautiful thighs on a girl

It was a casual Sunday morning, Noncebo was strolling to the nearest supermarket to buy something for breakfast. As she walked under the cool suburban sun of Cape Town, she was in a fantastic mood, hoping to make up time before getting down to watch her favourite TV show at 9:30 and completing her college assignment. Suddenly a red Golf GTI pulled up from the side, and a playful soprano voice called out “Hi Cape Town girl, I am lost, can you show me the way to the supermarket please?”

Noncebo looked at the car as it pulled to a stop, then at the driver of the car. She didn’t come close to the car but stood far as she pointed in the direction of the supermarket with her finger, “You go straight, turn to the right and you will find the shops, are you not from here?” she said calmly as she studied the guy.

The guy didn’t answer her question, but he asked her “What’s your name; you look like that pretty chick on Facebook?”

“Really, and what is your Facebook name?” Noncebo countered without answering his question.

“But I asked you first”, the guy said.

“You didn’t answer my first question either” Noncebo said.

The guy turned the engine on as if he was about to speed off, then pulled out his Samsung Galaxy S4 touch phone and said “Sorry, I forgot, what’s your phone number, I would like to ask you something later”.

In this circumstance, any girl would not have resisted the offer to hand out their contact number, it was almost a subconscious reaction. Noncebo could not resist this offer either, she never wanted to give out her cellphone number but her feelings told her the opposite, finally she struck a balance, she never wanted to come off as impolite either, so the polite girl in her said “Sorry bhudi, I don’t have a cellphone, but thanks anyway” praying that no-one would call her at that moment and expose her crappy lies. Her phone was on vibrate and the ringing tone was on, she just hoped the guy would drive off at that instant.

“Ok it doesn’t matter, my name is DJ Vanilla Flava, we’ll meet on Facebook” he said as he drove away, leaving Noncebo in gasps.DJ Vanilla drove away in the direction of the shops, while watching the rear-view mirror of his car, the stunning girl he had met on the road was watching him, he was not really going to the shops but just trying to bullshit her. He didn’t want to be seen as just another township jerk that would tell blue lies to get a woman into bed, so he slowly turned around the corner, cruised a few metres and parked in front of Shoprite supermarket. He went inside the shop to buy a bottle of Energade. As he sipped the drink, he peeped outside the door to watch Noncebo who was strutting towards the shops.

As Noncebo approached, DJ Vanilla went to his car and waved at her, Noncebo smiled and waved back. The job was done, he drove away, all the while making sure that Noncebo was watching her.

Noncebo was experiencing all sorts of emotions that a girl would have when they met Justin Bieber or Usher. She felt humbled, proud and happy, she had just met the much-talked about DJ Vanilla. So this was DJ Vanilla, the thoughts ran through her mind, she had never seen him but her friends were always talking about this DJ.She was not a party or club girl, her boring life had finally come to an end – DJ Vanilla oh yeah yippee!!! , she couldn’t contain the excitement.

At night she went on Facebook to search for DJ Vanilla Flava, he was easy to find. The guy was really popular, he had 4350 friends, his status updates had no less than 200 likes, his timeline was full of adoring comments from fans, and a large number of these were girls. She checked the photos and immediately recognized the red Golf GTI; others were pictures of him at social events.

Noncebo sent DJ Vanilla a friend request. The following weekend, she spent the day at the studio for a photo shoot that was organized by DJ Vanilla. As Noncebo sat on a bar stool with her legs crossed.She looked stunning in red panties, neck strapped white bra, short African hairstyle, and a blue bracelet on her left hand.The DJ swore she had never seen such beautiful thighs on a girl, but he kept it to himself like a man.