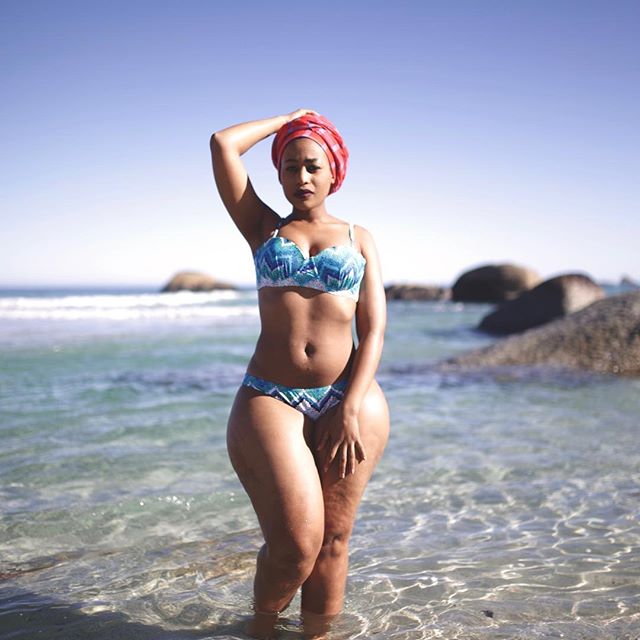 Mpho Khati is a South African model, known for her voluptuous bottom and sexy pear-shaped body structure. The instagram model has captivated the hearts of many fans with her wide hips, thick thighs and big round butts. However, unlike most African socialites, this is not the only thing that Mpho has to offer. She is a graduate from the University of the Free State (UFS) in Bloemfontein, with a great talent in creative fashion modeling and art. As a university student at UFS, she held a position as the Vice President of the SRC on the campus. 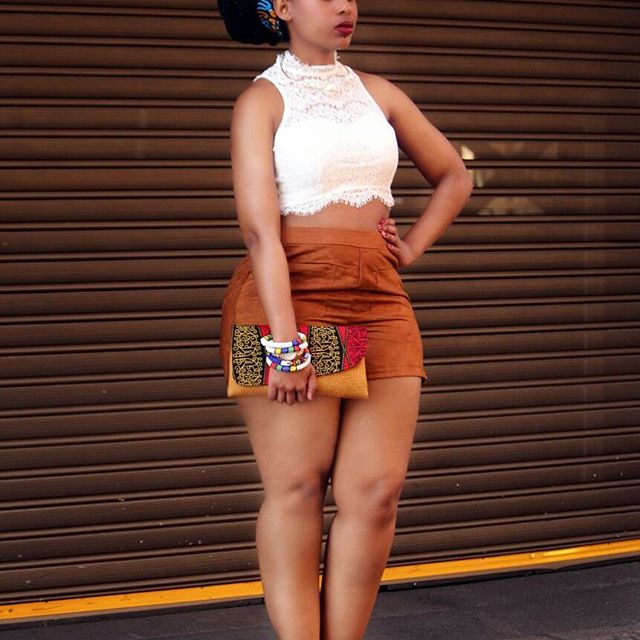 Mpho is different from other socialites in that she is not chasing a luxurious lifestyle or wealthy men, she is just on social platforms to showcase her art. On Instagram, you will find her dressed in creative attire, ranging from sexy swimsuits to casual dresses, but the bulk of her pictures are African print dresses and head wraps. 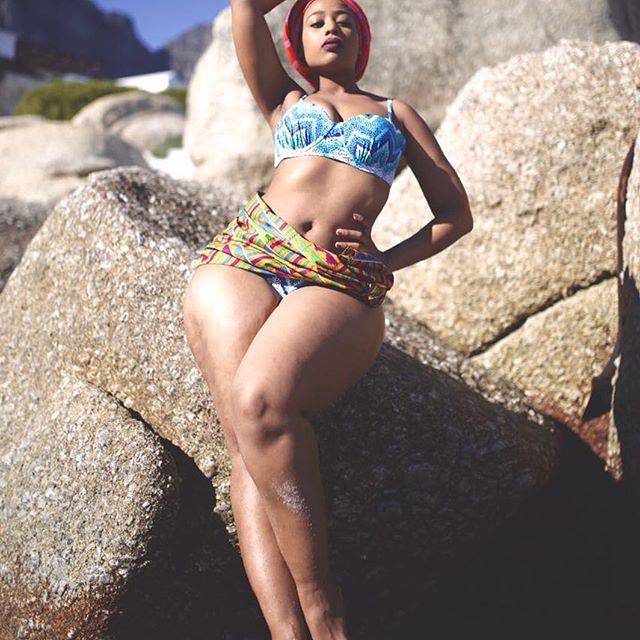 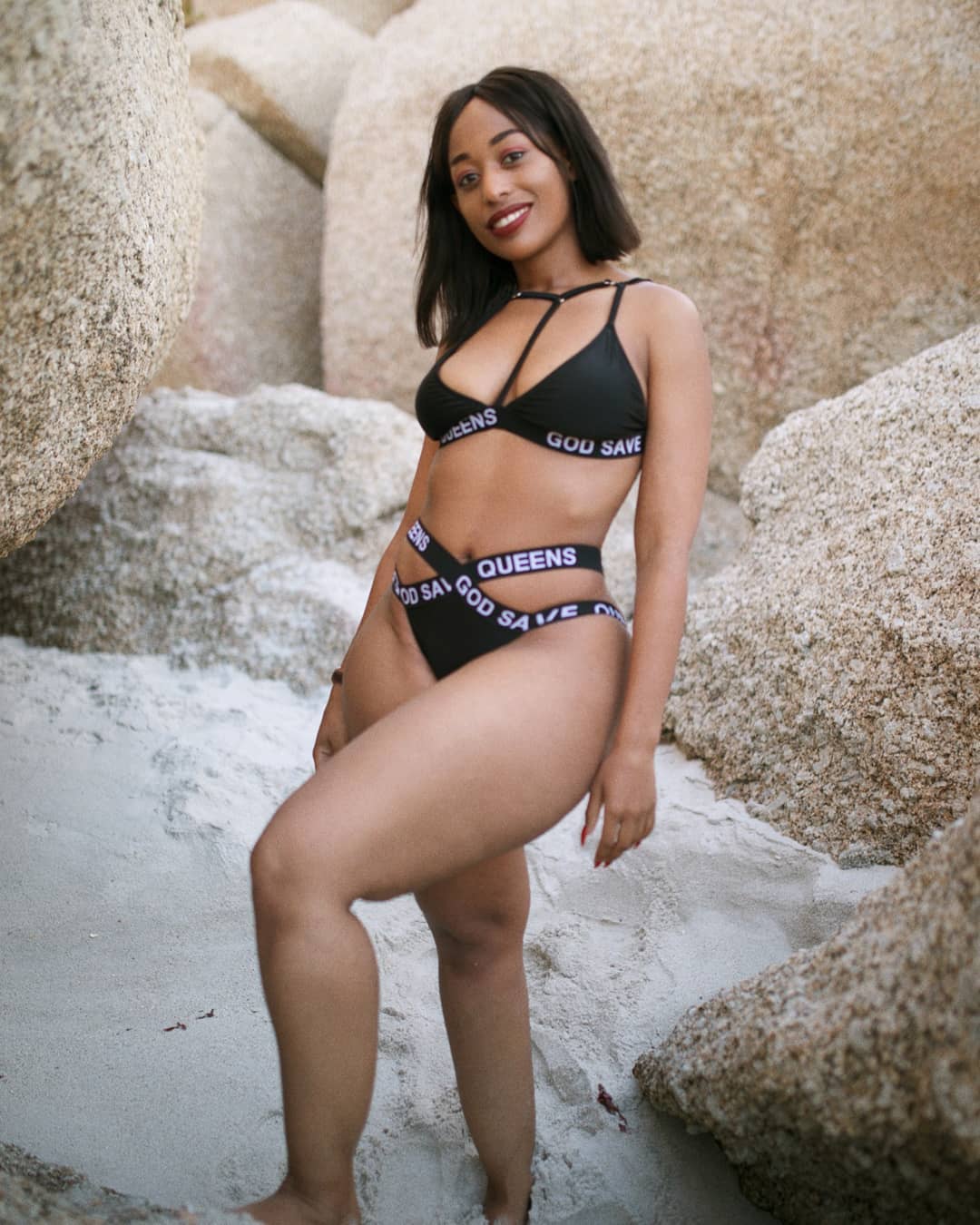 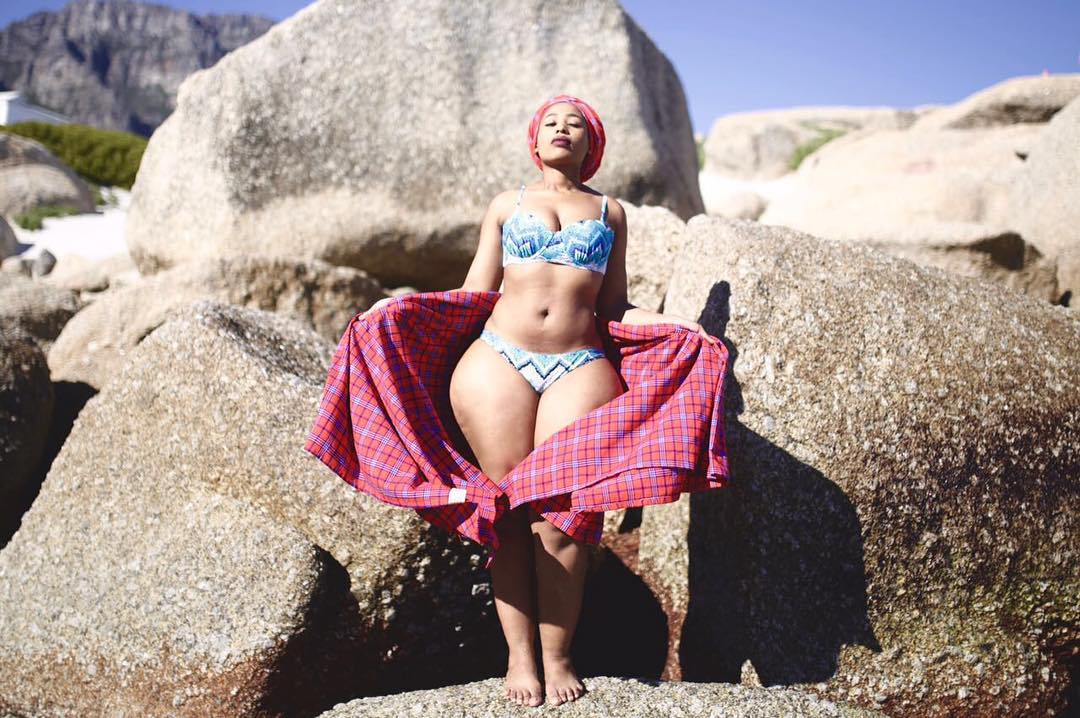 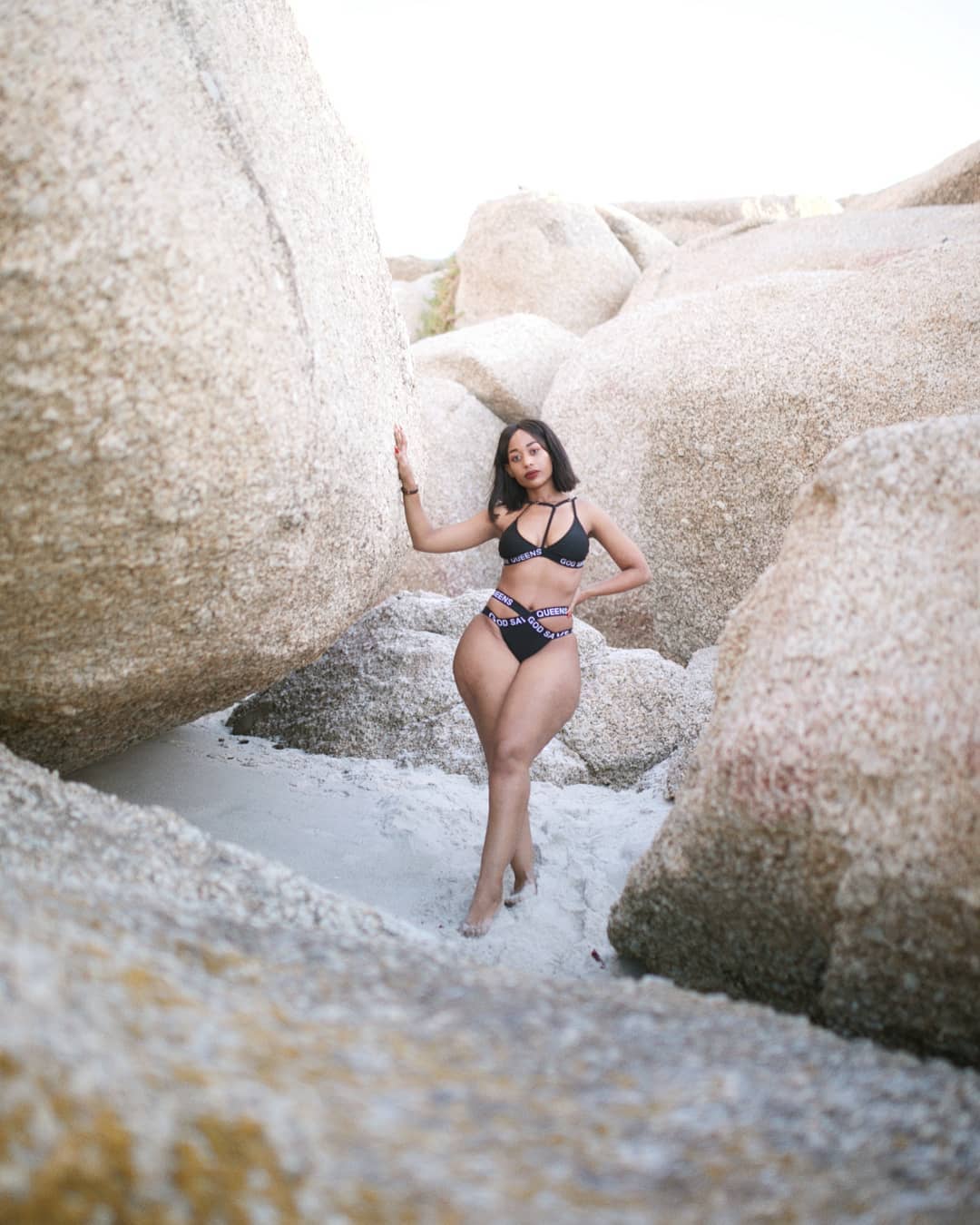 The attractive art genius made headlines in 2016, when she, along with the SRC president Lindokuhle Ntuli, organized a student protest against the use of Afrikaans as the teaching medium at UFS. According to Mpho, the University of Free State has failed to transform its colonial policies which are seen as pro-white, despite the fact that the institution is now dominated by black students who make up the majority at the campus. At the time, the SRC leadership demanded that Jonathan Jansen, the Vice Chancellor should resign. Among other issues presented by the protesting students, the university was still bearing colonial names on its buildings. 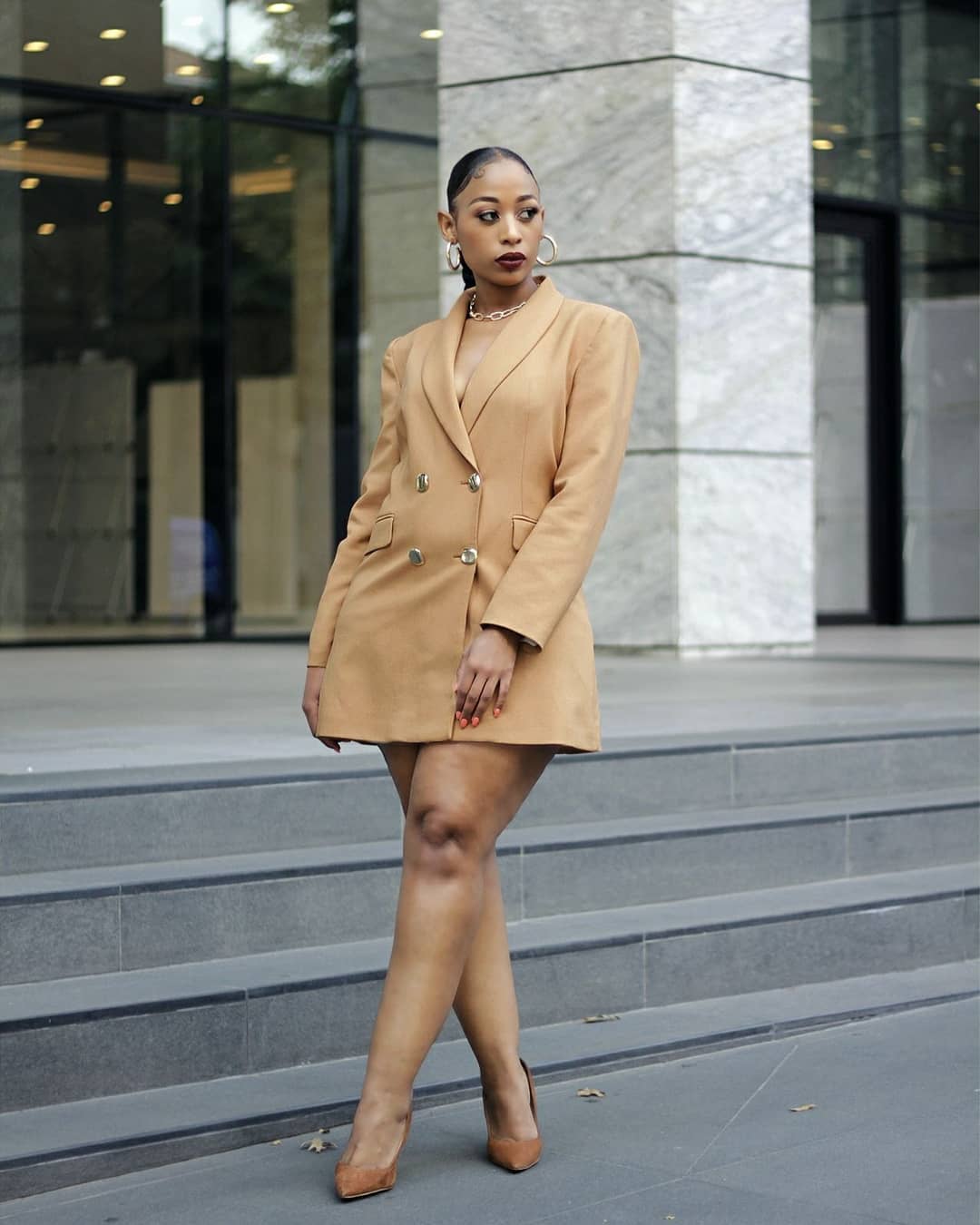 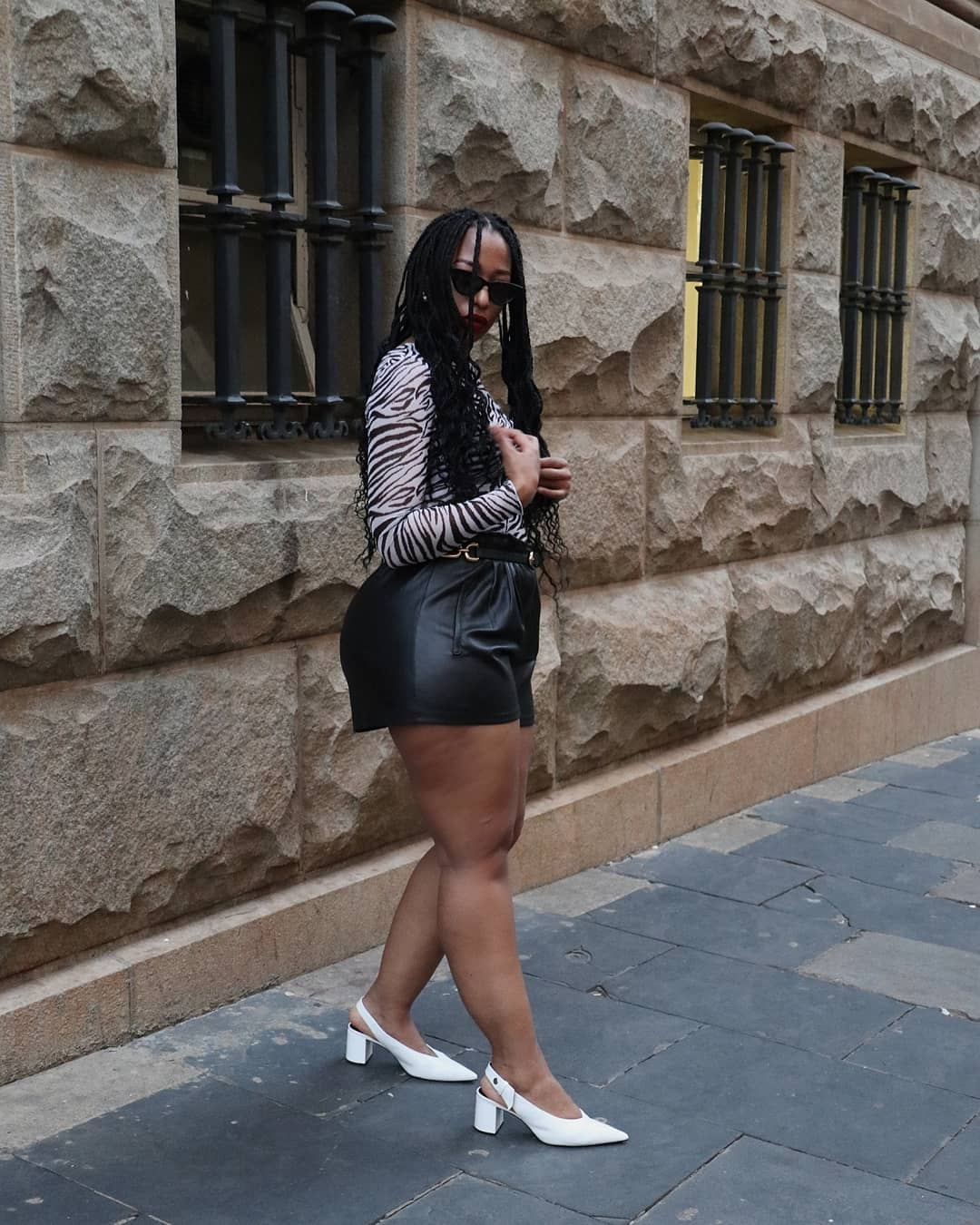 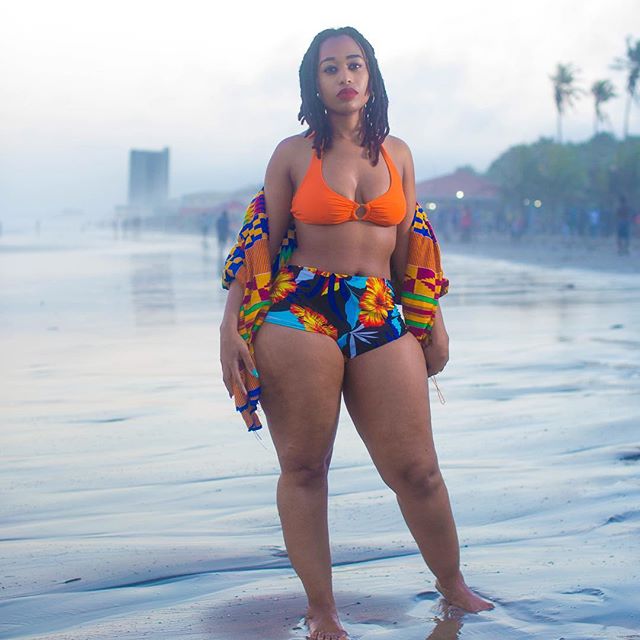 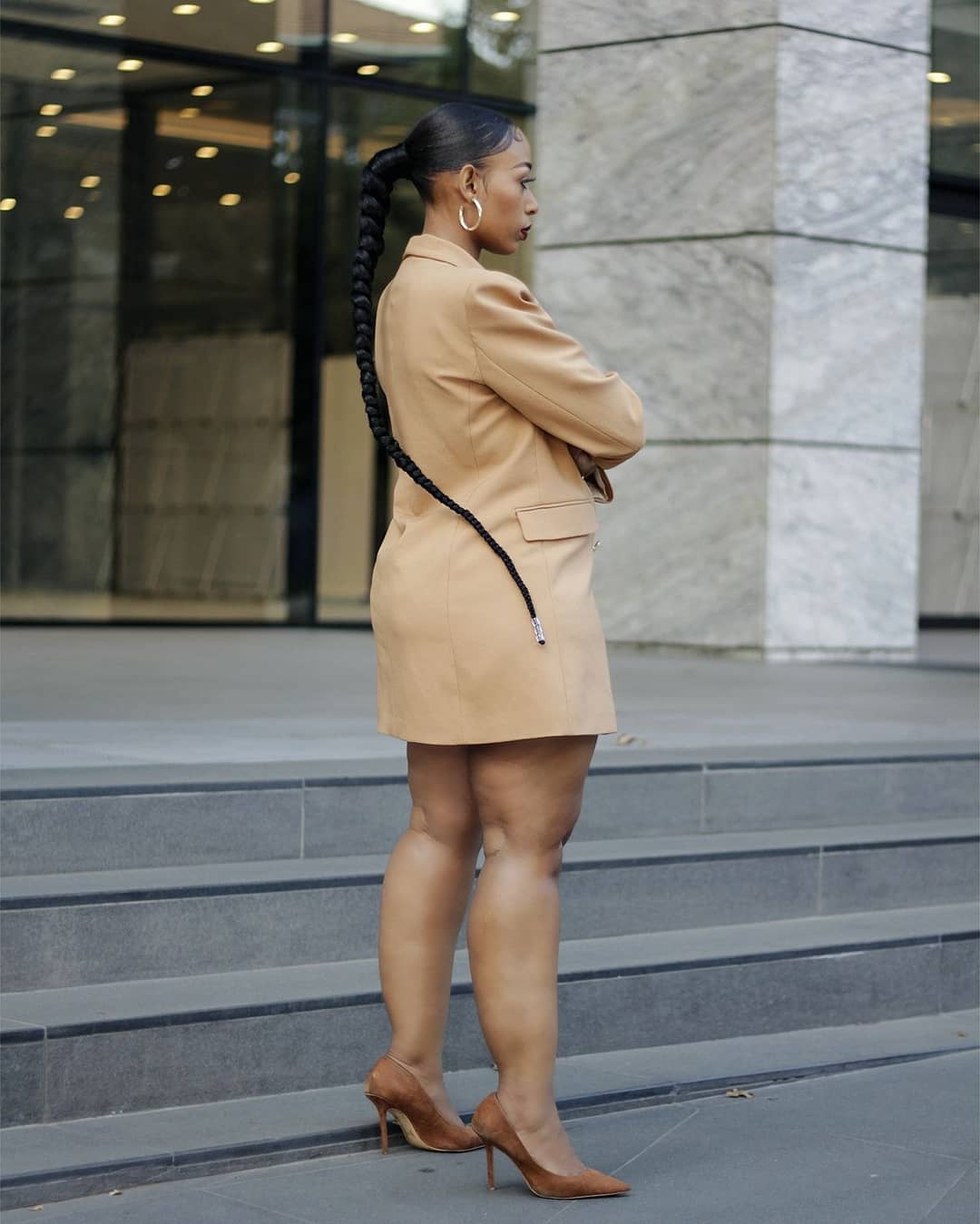 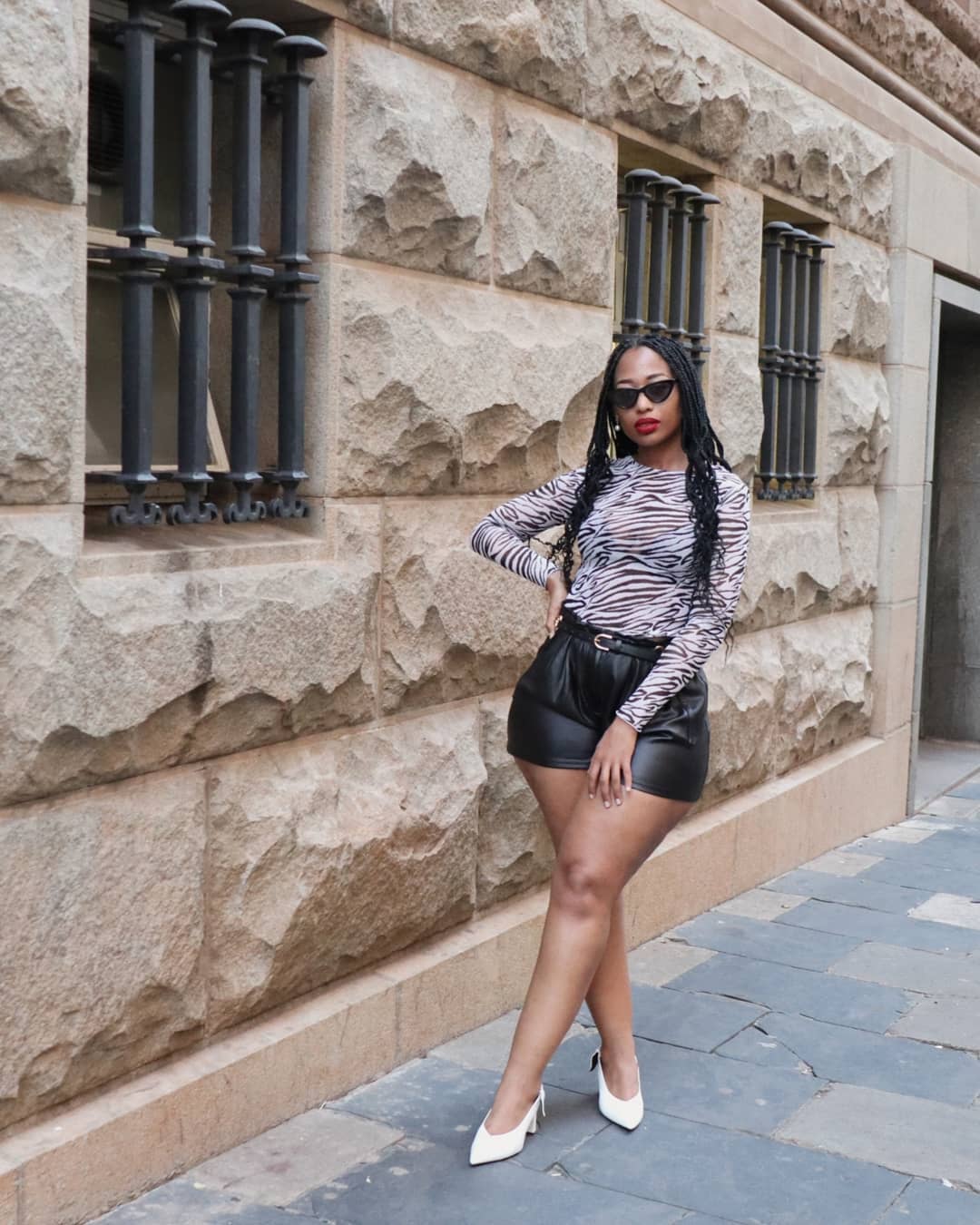 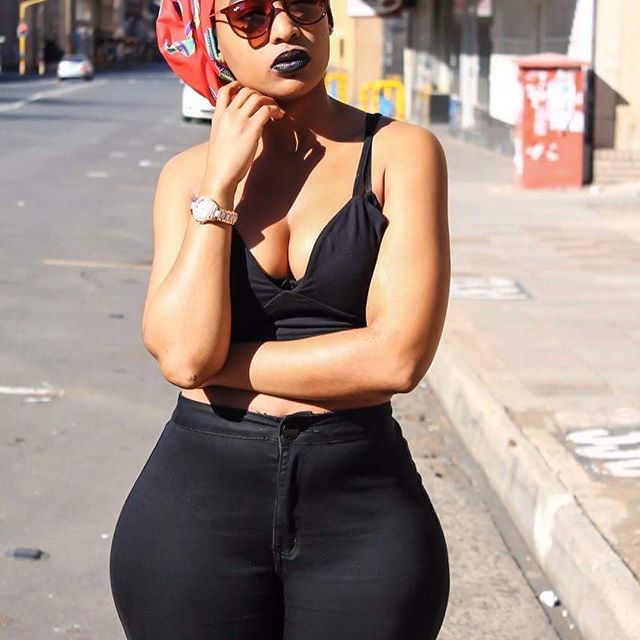 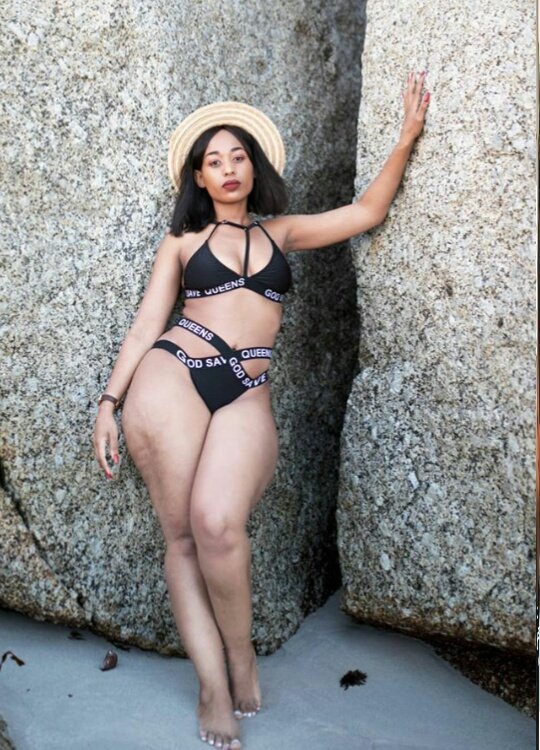 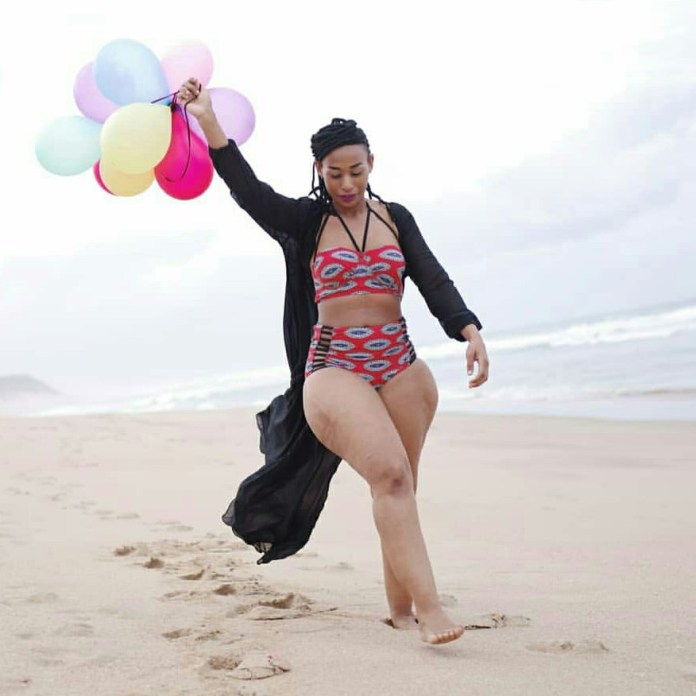 When the protest turned violent, police were called to the scene, resulting in 21 students being arrested. The police was accused of harassing students and arresting innocent people based on racial profiling. Even those who had nothing to do with the protest were arrested. Bystanders who witnessed the incident said police overreacted to the situation. Students were beaten up, and one of those beaten up was Mpho Khati. She told news reporters that when police approached her, they slapped and kicked her, even after she fell down. Despite this, the protests continued for at least one week. The campus was empty, and when reporters visited the scene, names of African liberation war icons were spray painted on trees and buildings. 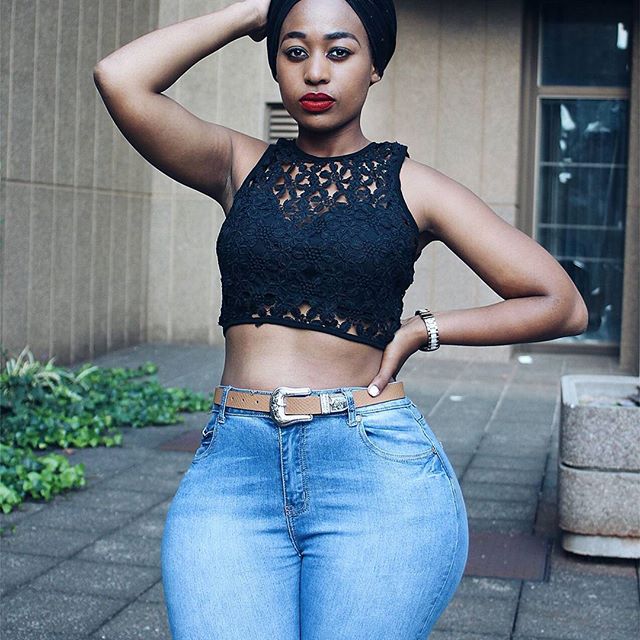 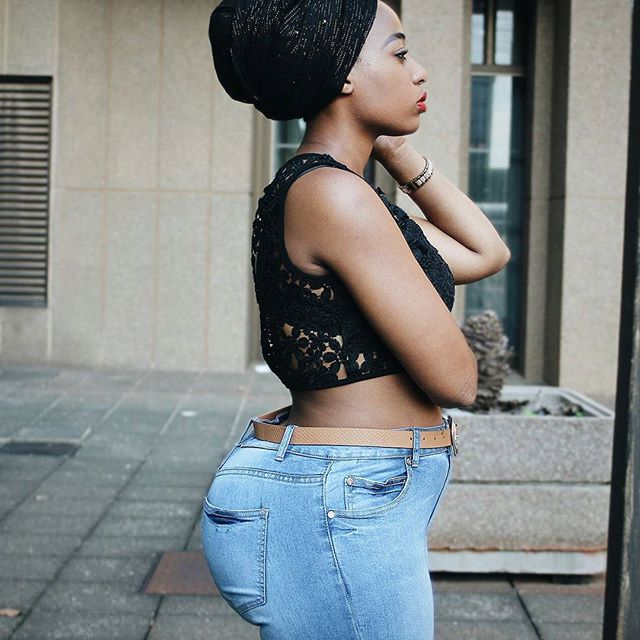 During the student protests, Mpho tweeted “Students are being arrested at UFS. Some were just walking on campus somewhere at res. So far 20+ people have been arrested. We need help” 7:52 PM – Feb 25, 2016Videos of the UFS protests can be seen on YouTube. 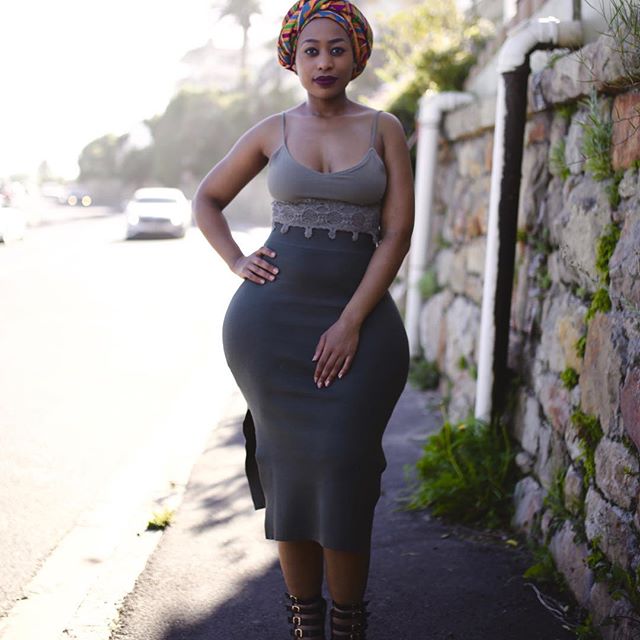 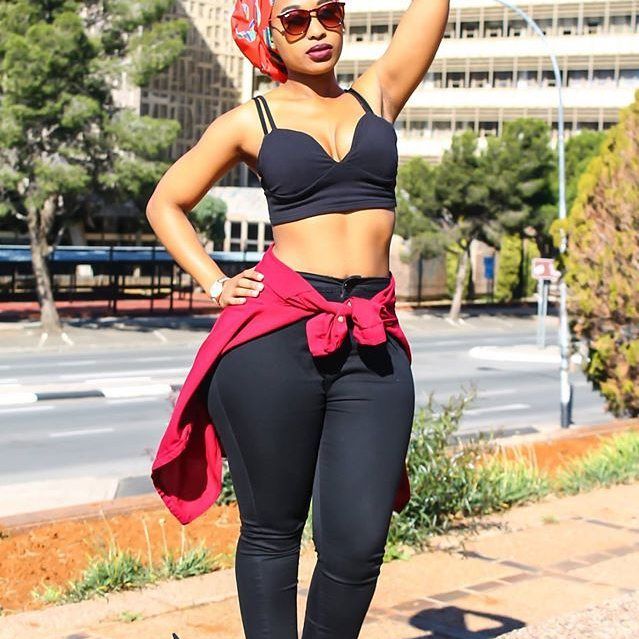 Mpho is no longer a student, but she is now a professional fashion model, participating in fashion shows, video shoots and commercials in South Africa and as far as Ghana. 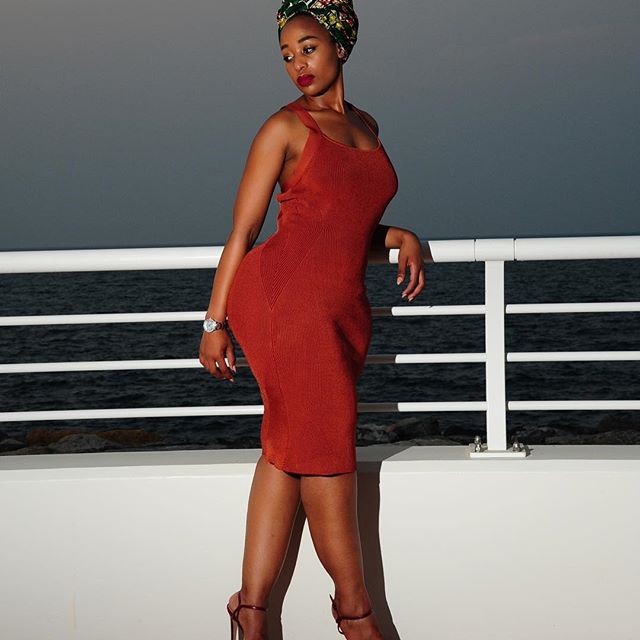 Her Instagram page has more than 108,000 followers. She is available on Tumblr, running an online fashion store featuring West African dresses and head wraps. And of course, she is always looking good in skin-tight jeans, which do justice in shaping her sexy wide hips. You can also visit her Facebook and Twitter Page, but she is active on Instagram where she posts on a regular basis. 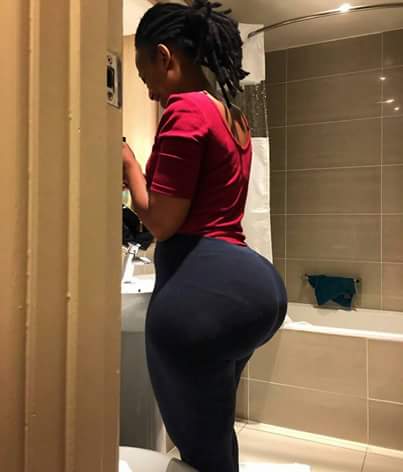