Pictures of Corazon Kwamboka, the most Bootylicious Socialite and Lawyer in Kenya 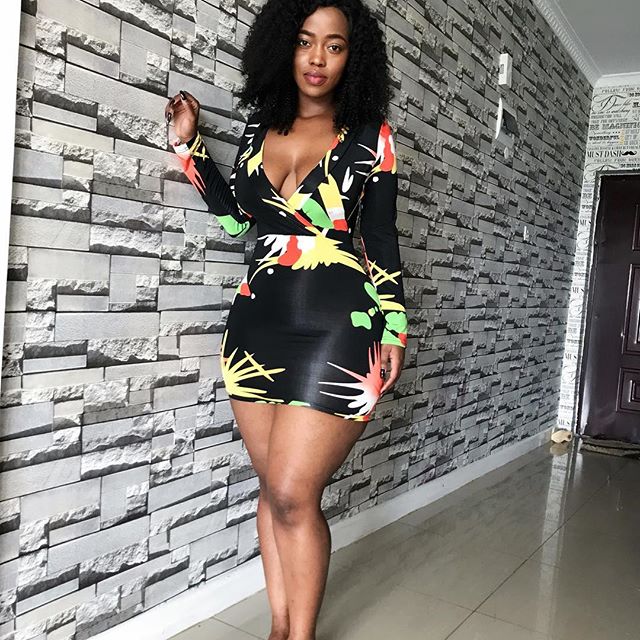 Corazon Kwamboka is one of the most popular socialites in Kenya, known for her big ass and pear-shaped body, which she is proud to display on social media. She is an enigma and controversial figure with juicy tales surrounding her luxurious lifestyle. If you have been following the socialite scene in Africa, it’s dominated by curvaceous ladies seeking a high life, and they usually have a background in the entertainment industry, with occupations such as modeling, performing artist, TV presenter, actress or nothing at all. Corazon has a different story, in that she is a highly educated woman, in possession of an Undergraduate Degree in Law. She was accepted at the Bar, and works as the Advocate of the High Court in Kenya. As her biography says, she was an A student, consistently passing her examinations with flying colors. 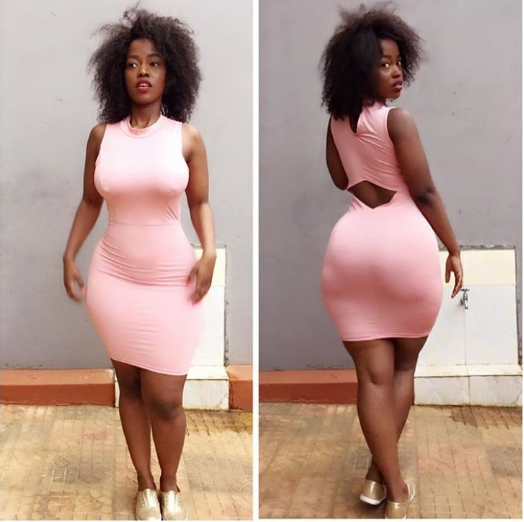 They say education is the key to success. Corazon had it, so why did she choose to live the socialite lifestyle? Why does a Lawyer choose to put her professional career at risk by posting semi-naked pictures of herself on social media? Corazon came to fame in 2014, by posting provocative pictures of her booty on Instagram and Twitter. Her revealing attire set the ball rolling across the internet, and soon she began courting wealthy men and other high profile characters. 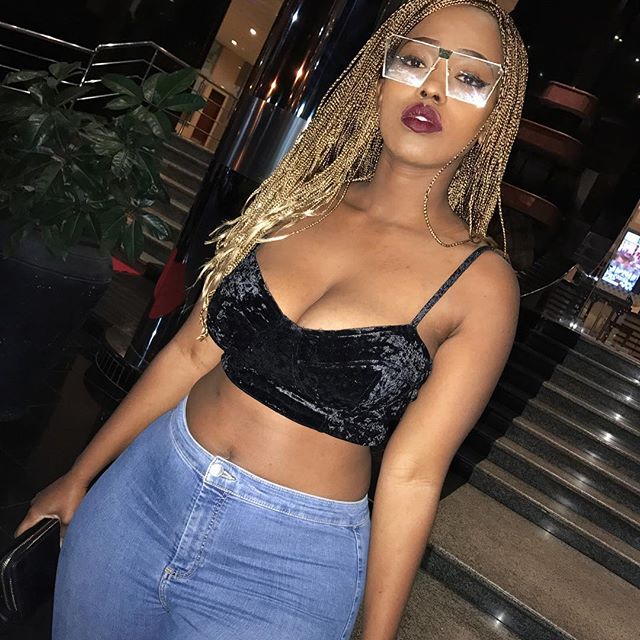 One of the most famous pictures in her career, shows her inside the private jet of a Nigerian billionaire. It is not known where she was headed, but in a later interview, she revealed that she was going to an exotic location where her birthday party was hosted. But this was not the only occasion where Corazon Kwamboka was seen boarding a private jet. She has been seen at least three times. The released pictures showed her in modest attire in contrast to her revealing attire which she is known for. The Kenyan socialite was well covered in a knee length skirt and brown top. Was this a self chosen attire for travelling or was she told to cover herself up? Nobody knows, but the second time she was seen in a private jet, she was also quite covered in casual jeans, t-shirt and spotting some sneakers. 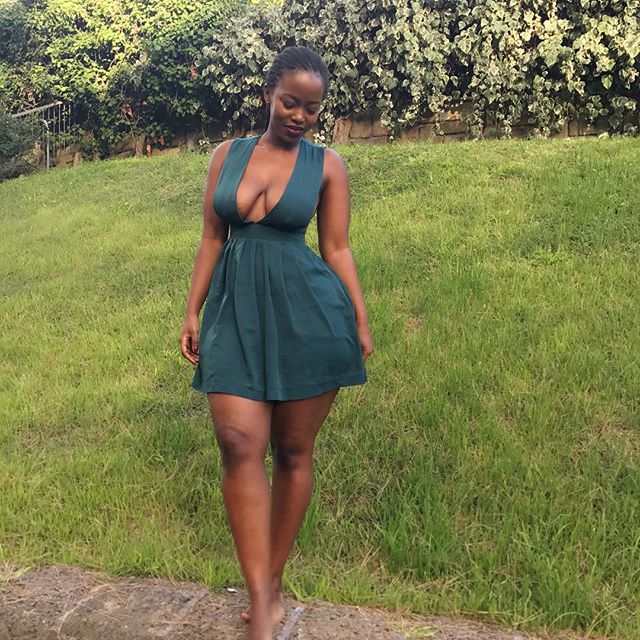 Before dating a string of wealthy men, the Kenyan woman from the Kisii tribe had a relationship with a Ugandan artist, which didn’t work out. In Kenya and across the African continent, Corazon has gained a reputation as an A-Lister, who only goes for high class men. Sponsors have also been giving her an all-expenses paid trip to various destinations across the world. 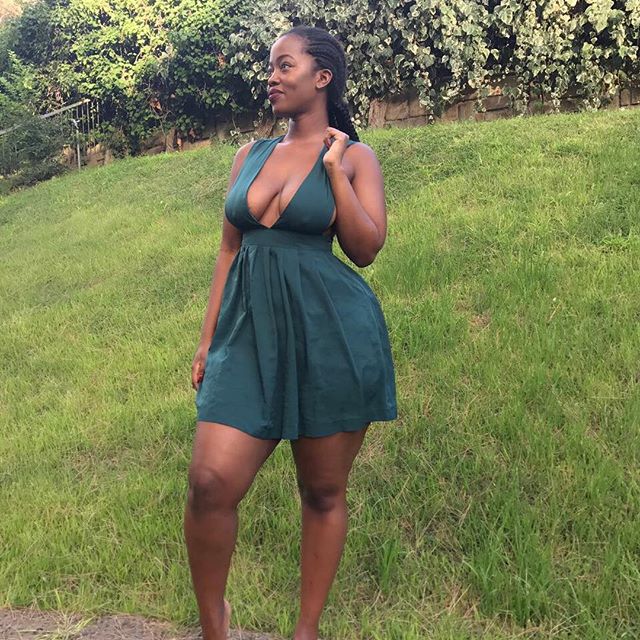 Corazon Kwamboka’s decision to expose her body online has not gone down well with her father, who believes she should have pursued her professional career in Law rather than living the socialite lifestyle which taints her reputation. The issue has broken the family apart, with the mother taking the side of her daughter. 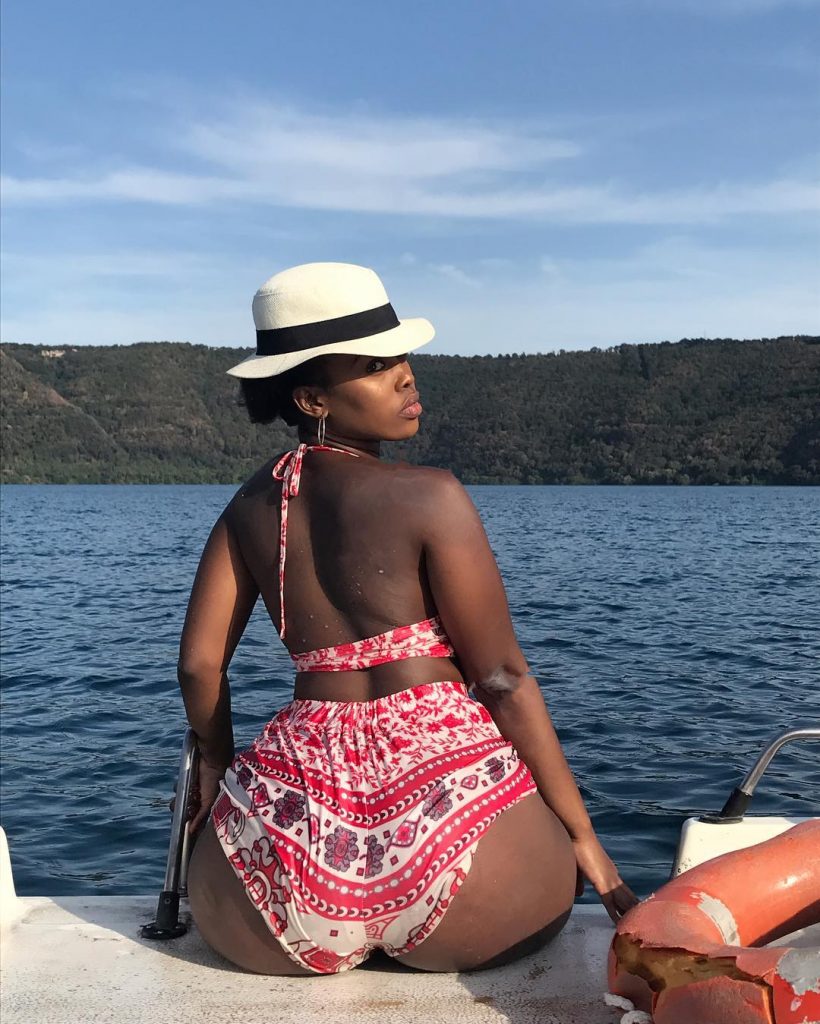 When asked whether she was dating old white men for money, Corazon refuted the claims saying she is a lawyer by profession, therefore she makes her own money rather than depending on guys. The bootylicious lawyer revealed that she earns money from sponsorship deals and fashion modeling. Some reports say she owns businesses in Kenya, including one international brand in South Africa. She also owns private residential property in Kenya. 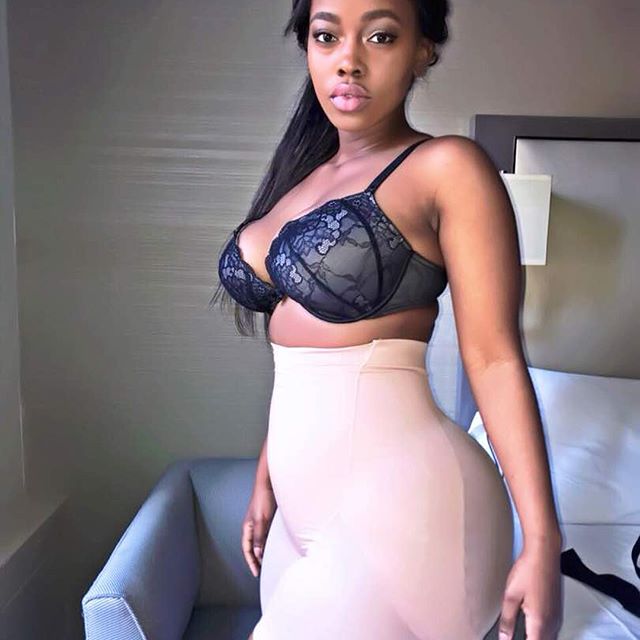 Corazon has more than 282,000 followers on Instagram, including 3,565 followers on her Twitter account, which was abandoned on 21 August 2017. On her Instagram account, she goes by the name LilyTheGenie, describing herself as an Advocate of the High Court of Kenya, entrepreneur and booking agent. On her Twitter account which was created on March 2014, she calls herself the “New socialite in town! My world, your fantasy”. 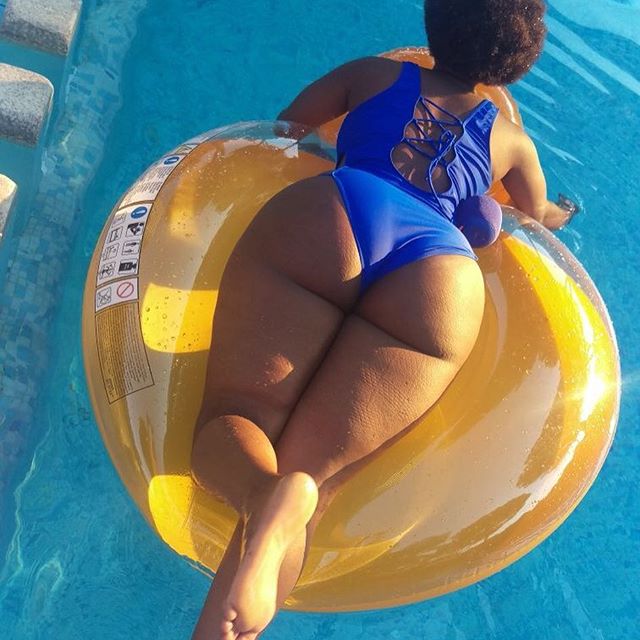 She also owns a Facebook Page with more than 21,000 fans. The bootylicious and salacious lawyer owns a fashion store CorazonWorld.com, which is located in Langata, Nairobi. Her online shop features stylish sexy body shaping dresses, pants, tops and jeans. 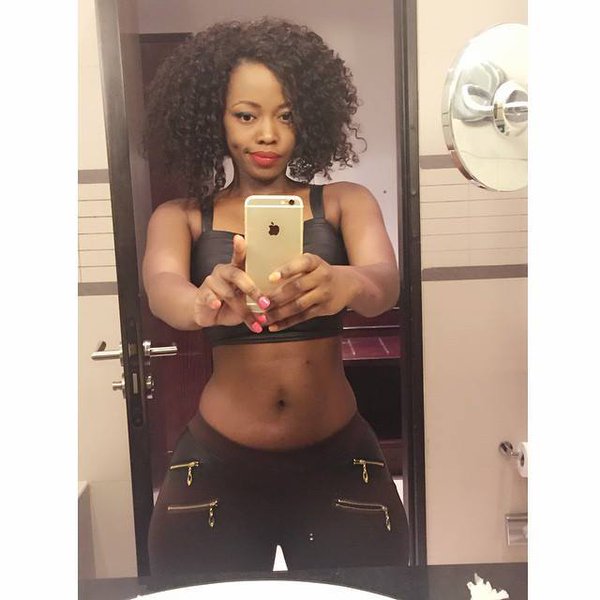 Regarding her current love life, Corazon is reported to be dating an Italian guy whose name has not been disclosed, but she has posted pictures of the guy on Instagram, with the two of them getting cosy. Has she finally found love or is this a fling? They have been seen together, yachting and globetrotting, taking snapshots at vacation resorts, hotels and lodges. 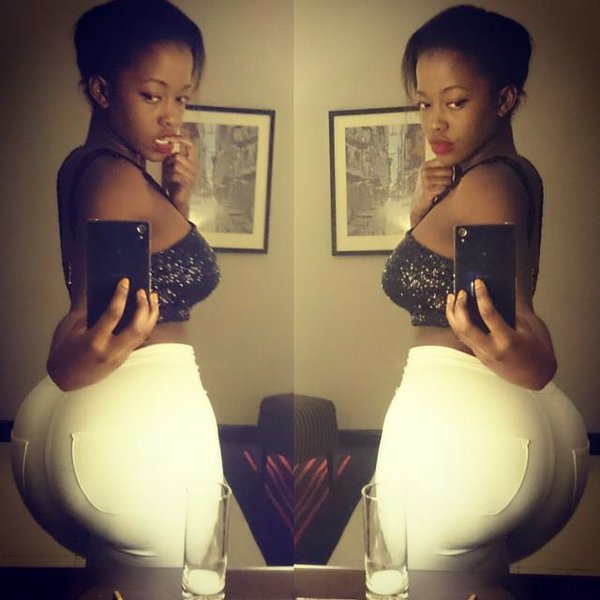