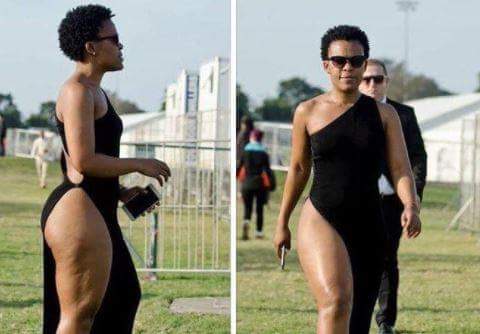 Vodacom Durban July is an annual horse racing show that takes place at Greyville Race Course on the first weekend of July. The social event also doubles as a fashion show where South African celebrities flaunt their latest attires and swag. This is a place where sex symbols thrive, where the likes of Zodwa Wabantu and Khanyi Mbau take the opportunity to grab the limelight, once again never missing an opportunity to reveal thighs, boobs and flesh.

While Khanyi Mbau is a well-known seasoned sex goddess and self confessed “gold digger” who has been around for a long time, Zodwa Wabantu is a relatively newcomer in the celebrity scene with barely a year in the entertainment industry, a dancer who likes baiting attention by posting naked pictures of her booty on Instagram. The big break in her ambition to get the fame that she so badly wanted came in 2016 when her seductive dancing videos circulated on social media. While her dancing skills are just average, nowhere near the level with Babes Wodumo, the reason why she is an internet sensation is her reckless attire which excites the fans, especially the guys who like taking a glimpse of her thighs and panties while she is dancing. 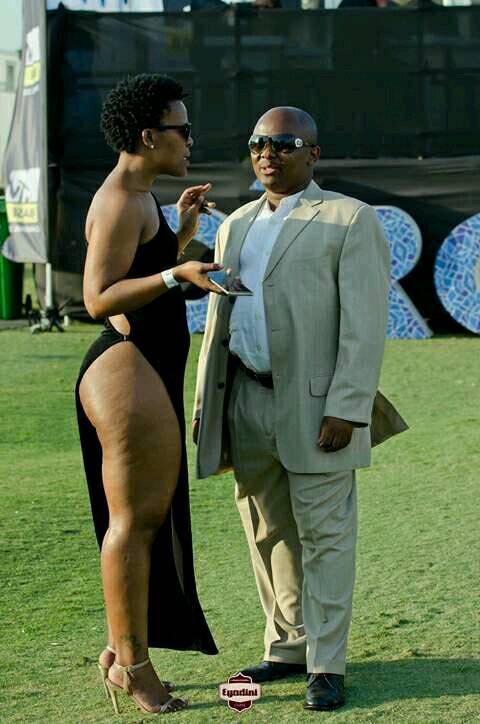 On Durban July, Zodwa Wabantu did not disappoint in displaying her usual sexy strip-show attire, which has become her trademark in Mzansi South Africa. 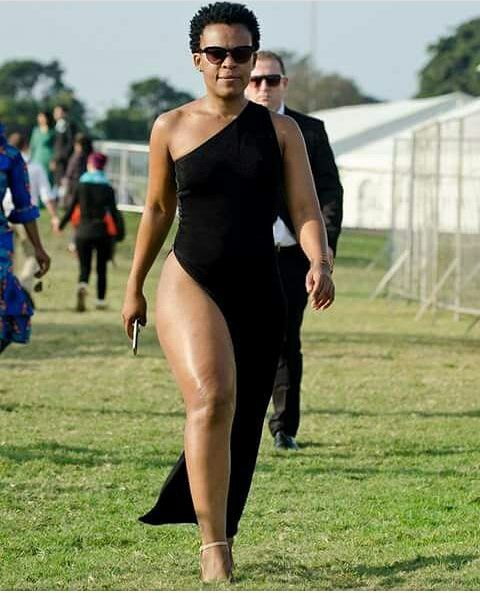 It’s not only the fans who are in love with this seductive dancer who possesses all the right curves, but the South African paparazzi is also following Zodwa Wabantu, taking snapshots that are calculated to create buzz. Zodwa’s thigh-revealing slit dress caused a stare at the show, not because it was a thigh-revealing dress but because it was a butt-revealing slit dress. This is a dress with the highest slit that you can imagine, but hey it’s always nice to be surprised by eye candies at shows. If her intention was to grab attention, then she achieved her goal very well – pressure is already on other socialites to up the game next year LOL. 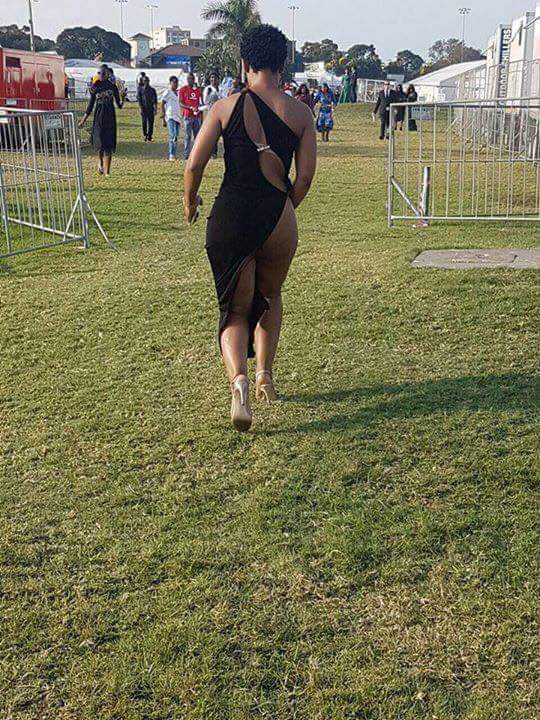 View From the Back – Zodwa’s Daring Attire